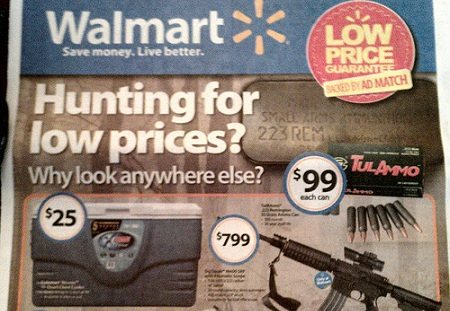 Vice President Joe Biden will be in charge of a new presidential commission that is meant to be different than the usual commissions that, after their creation, tend to meet for months and then issue turgid reports. Biden has been charged by President Barack Obama with leading a commission that, in January, will report back with specific recommendations, including legislation, on how to reduce the possibility of future mass shootings like the one last week in Newtown, Conn. that took 26 lives, including 20 elementary school children. Although not limited to gun control, the commission is clearly going to address gun control with specific action steps.

It’s certainly a positive step that the commission will be headed by Biden rather than a more staid, blue ribbon outsider. Launching Biden means launching a ball of energy. Remember that it was then-Sen. Biden who introduced and helped push through the ban on assault weapons in 1993; his original legislation, after passing the Senate, became stuck in the House until the shooting on the Long Island Railroad galvanized the nation’s attention and moral compass. In a press conference, the president lauded Biden’s history on this issue: “I asked Joe to lead this effort in part because he wrote the 1994 crime bill that helped law enforcement bring down the rate of violent crime in this country. That plan—that bill also included the assault weapons ban that was publicly supported at the time by former presidents, including Ronald Reagan.”

The president then listed a few ideas that seem like automatic parts of any gun control legislation he might introduce:

These are all common-sense ideas that didn’t require a number of murdered children to get the point across, but perhaps that is what it takes to get Washington to move in anything resembling a bipartisan manner. But a national consensus? If you noticed the run on gun stores for weapons and ammunition in the wake of Newtown, you saw a lot of people afraid that basic gun control requirements will prevent them from getting weapons. It’s hard to imagine what could reduce the stock of some 300 million guns in the U.S., including assault weapons like the Bushmaster .223 used in Newtown.

As might be expected, some Republicans in Congress have denounced efforts to enact stronger gun control legislation. One used the trope of mental illness that we referenced in yesterday’s NPQ Newswire as an alternative to most gun control possibilities: “I think it’s more of a mental health problem than a gun problem right now,” Rep. Howard Coble (R-N.C.) told the New York Times. “Traditionally states that enact rigid, inflexible gun laws do not show a corresponding diminishment in crime. I think we need to be careful there. I think we need to look at how the mentally impaired get access to firearms.”

The president, Congress, and the nation have a number of competing priorities, making addressing gun legislation more difficult. As soon as the president finished his opening remarks at the press conference about the Biden commission, the first few questions weren’t about gun control, but the fiscal cliff. On Twitter, a number of people expressed surprise that the Washington press corps would move from gun control back to the fiscal cliff issue.

In the last question of the press conference, ABC’s Jake Tapper asked the president where he had been on gun control since 2008. Why hadn’t he spoken out on the issue after other major gun violence tragedies during his administration? Would people believe that the White House and Congress would act on gun control this time around when he hadn’t done anything after similar horrific incidents in the past? Calmly, the president explained that the emotional power of the Newtown killings won’t have subsided by January when Vice President Biden’s new commission delivers its recommendations.

When the president was asked about where he had been on this issue during his first term, he responded, “Well, here’s where I’ve been, Jake. I’ve been president of the United States, dealing with the worst economic crisis since the Great Depression, an auto industry on the verge of collapse, two wars. I don’t think I’ve been on vacation.” In truth, this nation can deal with multiple priorities at once—the fiscal cliff, job creation, the auto bailout, and gun control. We don’t need additional gun massacres to prompt action. We’re counting on Joe Biden and the outside members of the commission to make sure that the cabinet officers who will be on the commission generate concrete, action-ready proposals for the president to bring to Congress in the new year.—Rick Cohen