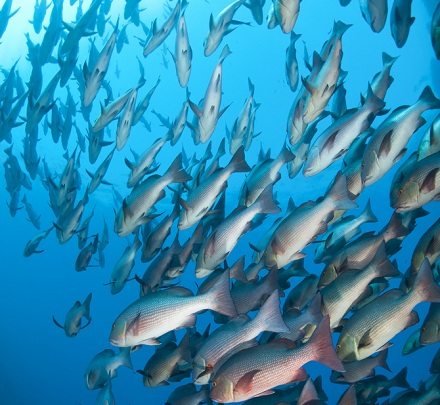 In the nonprofit ocean, there are big fish and little fish. The biggest fish are typically well-capitalized foundations. The little fish are small-budget nonprofits. There is a vast social asymmetry between most private foundations and public charities. According to information drawn from the IRS Exempt Organizations Business Master File (available through the “NCCS All Registered Nonprofits Table Wizard” of the Urban Institute), public charities are predominantly very small. Two-thirds of public charities that filed 990s have assets of less than $100,000; three-fourths have assets below $250,000. Similar proportions of public charities have total revenues below $100,000 and below $250,000.

Imagine the feelings of difference—almost culture shock—between the overwhelmingly tiny organizations comprising the nonprofit sector and the more massive denizens of American philanthropy. Many large foundations possess features that most nonprofits can only dream about (with difficulty): comparatively hefty salaries with no danger of missed payrolls, comfortable offices (often with panoramic views), even the presence of support staff.

But are all foundations alike? Does a typical nonprofit CEO emerge from a meeting at the offices of a small, local foundation feeling bedazzled as if having visited the awe-inspiring headquarters of the Ford Foundation (its atrium a world-famous jungle of trees and plants and the building an architectural temple to philanthropy) or the James Irvine Foundation, with its breathtaking views of San Francisco Bay?

Or are small family foundations a lot more like a small nonprofit itself, except that one gives funding while the other asks for it? Are the really small small foundations—those with zero, one, or two staff people—more like their nonprofit supplicants and less like their nominal foundation peers? A look at CEO and other staff composition and compensation may provide answers.

By comparing the recently released Council on Foundations’ (COF) 2011 Grantmakers Salary and Benefits Report and the 2011 Foundations Operations and Management Report of the Association of Small Foundations (ASF), we can explore some of the differences between the “big fish” and “little fish” in the world of foundations. To the extent possible, the table below will contrast statistics about the larger foundations in the COF survey with the cross-section of small foundations surveyed by the Association of Small Foundations, using the asset level of roughly $50 million as the dividing line between the big fish presented in the COF analysis and the little fish in the ASF report.

Why the $50 million dividing line in this analysis? In a Foundation Center data table on foundation staffing by foundation asset size, foundations with assets of up to $50 million showed a median staff level two staff people. Typically, membership in the Association of Small Foundations is limited to foundations with zero, one, or two staff members. Therefore, for the convenience of determining the sizes of foundation “fish,” we hewed to the idea of $50 million as the approximate boundary of big and little, with ASF statistics reliably reporting on the little fish and COF statistics providing the information for the larger fish.

Few nonprofit leaders get face time with the executives of the nation’s mega-foundations. If they did, they might feel like they are members of a distinctively different social class and subject to an operationally powerful social distance.  In most communities, given the different compensation levels between small and large foundations, nonprofits might see small foundation execs and staff as their peers and neighbors.  Given that there are many small and a few very large nonprofits too, small nonprofits might be just as put off by mega-nonprofits whose pay scales and executive composition may look a lot like the big foundations.  However, the distinction would be that smaller nonprofits are not generally looking to the Salvation Army or the Red Cross for grant support like they are when they seek out foundations.  With funders, we would guess that nonprofits will feel a bit more comfortable engaging their local small fish foundation, which is comprised of people almost just like them.