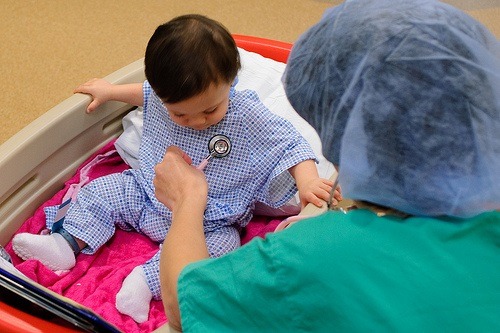 The Sacramento Business Journal reports on a big battle in the California legislature this month over the community benefits non-profit hospitals provide in exchange for tax-exempt status.

Assembly Bill 503 went into the Senate Appropriations suspense file Monday, but supporters say they’ll lobby lawmakers to pull it out.  The bill would define “community benefit” and require private, non-profit hospitals to complete a community needs assessment and design a community benefits plan. It also would require hospitals to allocate 90 percent of that money to charity care and improving community health care for underserved and vulnerable populations.

Currently there is no standard definition of what’s applicable or what level of community benefits qualify a hospital for tax-exempt status that the bill’s sponsors say is worth $1.8 billion a year.

“Tax-exempt status is not a right; it’s a privilege conferred on nonprofit hospitals by taxpayers,” a spokesman for the California Nurses Association, sponsor of the bill, told the Business Journal. “There are no uniform standards — and that leaves compliance wholly up in the air.”

The Greenlining Institute is a cosponsor. Supporters include other unions, the California Alliance for Retired Persons and Consumer Attorneys of California.  Opponents include hospitals and health systems, such as Dignity Health and Kaiser Permanente.

A similar bill was defeated in the final days of the last legislative session.  Opponents say that the new bill is unnecessary and expensive, and that it repeals state law that’s worked for more than 20 years and imposes new costs on hospitals and the state.  Both proponents and opponents consider the bill a top priority for the waning days of the California legislative session.—Larry Kaplan