Black Activists Sign On to Support the Palestinian Struggle 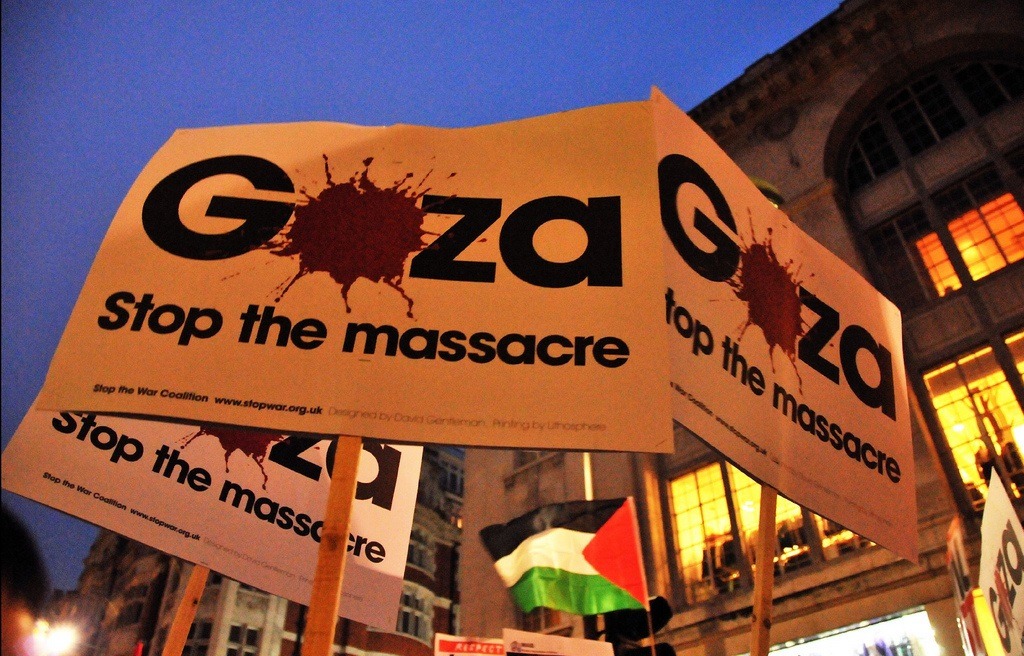 Some months ago, there was a contretemps in St. Louis about linking the protests in Ferguson after the shooting of Michael Brown to the controversies concerning Israel’s occupation of Palestinian territories. Newswire writer Marty Levine covered the story for NPQ, describing the issues that led to the cancellation of the program at the Missouri History Museum.

That controversy, once limited to St. Louis, is now about to be eclipsed by a new development, a statement signed by some 1,000 black activists expressing “solidarity with the Palestinian struggle.” David Palumbo-Liu, a professor at Stanford University, writes that “lines of solidarity” have begun to develop between blacks and Palestinians due to the perception that both face “repressive and deadly violence.”

Palumbo-Liu himself had written for Salon about the similarities between the conditions faced by blacks in the U.S. and Palestinians in the occupied territories, which he said included “dispossession from lands and homes; de facto forms of inequality; state violence; the constant interruption of daily life; and the ways the perpetrators of such violence are often immune from prosecution.”

The statement that was just released begins as follows:

On the anniversary of last summer’s Gaza massacre, in the 48th year of Israeli occupation, the 67th year of Palestinians’ ongoing Nakba (the Arabic word for Israel’s ethnic cleansing)—and in the fourth century of Black oppression in the present-day United States—we, the undersigned Black activists, artists, scholars, writers, and political prisoners offer this letter of reaffirmed solidarity with the Palestinian struggle and commitment to the liberation of Palestine’s land and people.

Among the signatories of some prominence that we saw on the list were Shaka Zulu, the chairman of the New Afrikan Black Panther Party, currently in prison serving a lengthy sentence for armed robbery; Patrice Cullors, one of the founders of Black Lives Matter; Mumia Abu-Jamal, a former radio broadcaster who was convicted of the killing of a Philadelphia police officer and sentenced to death; Bill Fletcher, Jr., the former president of TransAfrica Forum; Cornel West, who now teaches at Union Theological Seminary; rappers Jasiri X and Boots Riley; and longtime activist Angela Davis. Of the 1,000 signatories, 328 identified as students. Among the organizational signatories were Dream Defenders, the group that did extensive organizing in the wake of Trayvon Martin’s death at the hands of George Zimmerman; Missourians Organizing for Reform and Empowerment; the Organization for Black Struggle, another organization that has been active in organizing in Ferguson and throughout the St. Louis region; and the James and Grace Lee Boggs Center to Nurture Community Leadership in Detroit.

To this group of signatories, the linkage of Ferguson and other issues of black struggles against unnecessarily violent police power and other aspects of a justice system in need of serious repair with the plight of Palestinians is an important statement. While professing no connection of this effort to “anti-Jewish hatred or anti-Jewish prejudice,” West explained to Palumbo-Liu his rationale for the connection of Ferguson and Palestine:

This has to do with a moral and spiritual and political critique of occupation. […] There is no doubt that Gaza is not just a “kind of” concentration camp, it is the hood on steroids. Now in the black community, located within the American empire, you do have forms of domination and subordination, forms of police surveillance and so forth, so that we are not making claims of identity, we are making claims of forms of domination that must be connected…. there is no doubt that for the Ferguson moment in America and the anti-occupation moment in the Israel-Palestinian struggle there is a very important connection to make and I think we should continue to make it.

The letter has some specific recommendations: supporting the Boycott Divest Sanctions (BDS) movement against products from the occupied Palestinian territories, endorsing academic and cultural boycotts of Israel, and extending the right of return to the seven million or so Palestinian refugees living in various countries of the Middle East and elsewhere.

In our noting of the signatories, it is obvious that the leaders of more established institutions connected to the black community are not on the list. The signatories comprise a much more left-leaning group of black leaders than the black leaders of more established civil rights organizations, the black political leaders in Congress and in state legislatures, and the black leaders and staff working in U.S foundations. Were they offered a chance to sign and declined? Or was this a letter that circulated among the newer, younger black organizers? (Yes, Davis and several other signatories are Boomers, but that doesn’t obviate the sense that this letter appealed to the Dream Defenders and other organizations that have leapt up the nonprofit rankings in the wake of the past few years’ of unarmed young black men dying in the streets of their neighborhoods.) Or might they have taken a pass because, even if these other leaders agree on the issue of Palestine, they see no upside for their civil rights activities from a linkage to the Palestinian cause?

One wonders whether this alliance between black activists in the U.S. and Palestinian causes and campaigns around the world will be more than a one-time event—and toward what end.—Rick Cohen