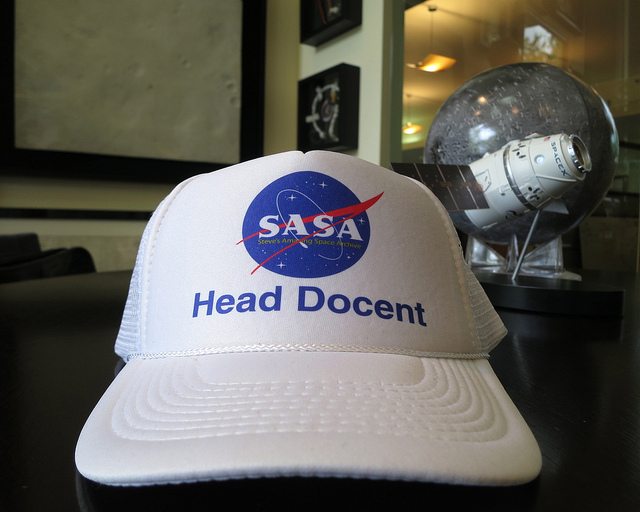 It’s hard to know what was more entertaining—the Wall Street Journal’s article by Ellen Gamerman about volunteer “docents gone wild” or the voluminous commentary the article got on the Journal site and others. Gamerman’s focus is on Baby Boomer docents, with stories of out of control museum tour guides aged 65 and older. For example, she references the experience of Kat Braz, a graphic designer from Indiana, who visited the Iolani Palace in Honolulu only to encounter a docent who criticized people on the tour for being fat and for not knowing historical trivia. “I’ve never had anybody be so rude before,” Braz said.

Baby Boomers as volunteers is a big thing recently, and docent slots at museums seem to be hot placements for recently retired and highly educated Boomers. Managing these volunteers is proving to be a challenge for some institutions confronted, according to Gamerman, by “docents flouting their supervisors, misstating facts, touching the art, and other infractions.”

“There’s been an uptick in ‘docents gone wild’ moments,” said Maggie Guzowski, who runs the arts employee blog, “When You Work at a Museum.” It is enough of a problem that the American Alliance of Museums at its annual conference devoted a session titled “Waking Up from Volunteer Nightmares” to the wild docent experience. Some of the stories Gamerman cites from the conference included one docent terrifying small children with “graphic commentary” about World War II and a husband-and-wife docent team that spent the entire museum tour bickering. One museum director characterized the problem of docents’ lecturing museum directors and opposing their directives as “like Mutiny on the Bounty.”

Much of this topic actually concerns volunteer management, an issue that seems to get less and less attention and support in nonprofit ranks than it should. While museums do pay a great deal of attention to the selection of docents, focusing on their knowledge of the subject matter, often requiring significant study of applicants, the institutions’ structures for managing the volunteer docents seem to be a bit weaker, and perhaps more so with Baby Boomer volunteers, who might feel a little more empowered than they should. For example, at the Hirshhorn Museum and Sculpture Garden in Washington, D.C., Gamerman writes that “some volunteers revolted last year after the museum tried to overhaul its docent program…to reach a broader audience and attract some younger tour guides…includ[ing] direct outreach to college-aged students interested in arts-related careers.”

“There was this culture of resistance,” said Hirshhorn spokesperson Kelly Carnes. “They really felt entitled after spending enough time here not to make any changes from the way they had previously done things.”

Some of the docents, however, felt forced out. “A lot of us were insulted,” said Laurie Nakamoto, 65, a Hirshhorn docent from Arlington, Virginia. “They did nothing to make us feel good about ourselves as docents.”

Part of the management issue is the extent to which volunteers are entitled to the kinds of protections that employees get. Generally, the answer is that they aren’t, but there is an increasing focus in some states about what should be employee-like protections for volunteers. In the case of the wild Baby Boomer docents, the challenges may be even tougher. Management challenges cited in the Gamerman story included docents simply making up stories about exhibits because they thought they might be more interesting—in a Charleston museum, one docent said, “Well, I’m going to tell you this and I just made it up, but it could be true”—and one particular docent who, apparently concerned about artwork with nudity, put an “x” on every piece of art, 29 nine of them, in her museum where there was an exposed breast.

While Gamerman’s stories were often funny and sometimes horrific, the issues are real, as support for volunteer management is hardly a top priority in the sector. Everyone has stories about wonderful docents, but the mutineer docents pose problems.

Comments on the Gamerman article added detail and context to stories. These are taken from those posted on the original article, letters sent to the Journal, and additional comments posted at MetaFilter:

However, many commentators defended their interactions with docents—or their experience as docents themselves:

The sum total of the dialogue sparked by Gamerman’s piece is this: There are issues with inadequate volunteer management in some nonprofits, there are concerns about the roles, training, and functions of museum docents, and there are issues with Baby Boomers’ purported feelings of entitlement and power. Where do you weigh in on the Boomers-as-docents debate: Volunteers gone wild, or volunteers bringing substantial value to the museum experience?—Rick Cohen