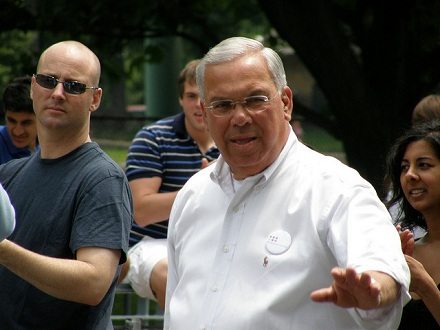 Boston Mayor Thomas Menino has finally agreed to disclose the donors to a charity that he controls that pays for festivals, toy drives, and other City Hall events. The Fund for Boston Neighborhoods has collected $12.5 million since 1993 for the mayor’s charitable initiatives, but their identities previously haven’t been disclosed. Take a guess of who was giving to a charity controlled by the mayor. The Boston Globe reported that donors included “large corporations, developers, law firms, contractors, lobbyists, and others with business before the city.”

In fairness to Menino, Kevin White, the city’s mayor before Menino and his predecessor, Ray Flynn, established this charity and no one has alleged that Menino has done anything illegal. But secret donations to a charity affiliated with or controlled by politicians are an unfortunately effective way of buying access to and face time with politicians outside of the world of lobbying disclosure. “This is an area that cries out for full transparency,’’ Pamela Wilmot, executive director of Common Cause Massachusetts, told the Globe. “All donors should be disclosed. This is an entity that is controlled by the city, and by having secret donors, there is a potential for using a contribution as a way of gaining access and influence.’’

Menino plans to “overhaul” and limit the fund, disclose all donors online, and will no longer collect contributions for events held at City Hall Plaza or other public lands. Nice—but late, especially since it seems (to us) to have been prompted by a Globe report last fall on donations to the fund by Richard Fields, the owner of Suffolk Downs. Fields donated $47,500 to neighborhood arts programs and holiday toy drives and Fields has been pushing for a casino in East Boston, where Suffolk Downs is located. After the Globe article, the fund returned a $5,000 donation from the racetrack. What made that donation from Suffolk Downs and Fields bad enough to return and previous donations okay to keep? Disclosure, transparency and sunlight—no more, no less.

Apparently, Target’s $525,000 in donations over the years could be accepted without a thought about the retailer’s desire for support for its big box outlet? Wall USA’s one-time $10,000 could be accepted when it won a $130 million city contract to build bus shelters (and hired the wife of one of the mayor’s top political advisers as a consultant)? The $10,000 from Millennium Partners was acceptable as it was attempting to get approvals for building a 600-foot office tower in place of the Filene’s store downtown?

Disclosure for the Fund for Boston Neighborhoods is good, but again, too late. It’s time for politician-controlled charities like this one to start a regimen of full disclosure. It shouldn’t have to come about after a newspaper digs up information that would otherwise be hidden.—Rick Cohen