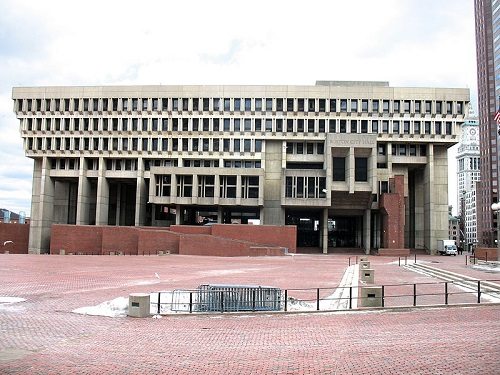 Out of the scads of potential candidates for mayor of Boston who popped up over the last few months, twelve qualified for the ballot. Half of the candidates are people of color, but only one is a woman (and a woman of color): Charlotte Golar Richie.

Like many of the Boston candidates, Golar Richie comes with strong nonprofit experience, most recently having served as senior vice president for public policy, advocacy, and government relations for YouthBuild USA. She is also board chair of Higher Ground Boston, which develops various youth leadership, education, and health programs that it says are “to help transform the service delivery system and to improve significantly, the outcomes for children and families in Boston’s neighborhoods of color.”

It struck us that the Boston mayoral election might be developing into the nation’s premier nonprofit election, with several candidates possessing strong nonprofit credentials. Golar Richie’s nonprofit DNA from YouthBuild and Higher Ground is noteworthy, but other candidates still standing are also strong nonprofit people. Nonprofit Quarterly does not take part in partisan campaigns, much less endorse candidates, so these are simply mentions of candidates whose bios stand out because of stints in the nonprofit world.

For example, John Barros, a member of the Boston School Committee, was the longtime director of the Dudley Street Neighborhood Initiative, a Roxbury neighborhood revitalization program that involved the innovative granting of powers of eminent domain to a 501(c)(3). John R. Connolly has been identified as an “attorney advocating for community organizations like Action for Boston Community Development (ABCD) and the PrideLights Foundation.” At the age of 20, Bill Walczak founded the Codman Square Health Center (and, later, the Codman Academy) which, like Golar Richie’s YouthBuild and Barros’s DSNI, has been nationally recognized as a nonprofit to emulate.

These candidates and others have significant nonprofit experiences on their resumes, which holds some weight with us. However, that doesn’t mean that a candidate without a strong identity in the nonprofit world couldn’t be an equally positive City Hall leader on behalf of nonprofits. Who is to say that Felix Arroyo, the City Council member who developed the Boston Youth Agenda, or Charles Yancey, another City Council member and the author of the Parental School Leave Ordinance to increase parental involvement in the public school system, or any of the others might not be as good, or even better, for nonprofits as the candidates straight out of the nonprofit sector?

Tell us, Bostonians: What’s on your mind as key issues for Boston’s nonprofit sector, and how do you rate these candidates against those issues?—Rick Cohen