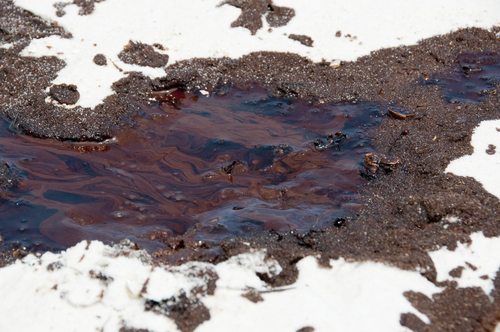 BP is challenging the settlements that have been made to nonprofits to cover damages they claim they experienced as a result of the 2010 Gulf of Mexico spill. As readers may know, claims for damages were screened by an administrator acting for BP, but BP now claims that some hundreds of millions of dollars worth of those determinations were based on faulty understandings of what BP agreed to cover.

On Monday, BP argued to the U.S. Court of Appeals in New Orleans that the administrator of its settlement program misunderstood the deal, resulting in hundreds of thousands of dollars going to nonprofits that each claimed they had received fewer grants and donations after the spill than before. BP asserts that this misinterpretation “will impose sweeping liability on BP for claims that it never agreed to compensate.”

As a matter of fact, BP has been struggling to reverse its own formula-driven agreement about recompense since early on. As Rick Cohen wrote in mid-2013 when he extensively covered the structure of the formula that drove BP’s awards to nonprofits:

“It’s not hard to imagine the reaction in the halls of BP’s corporate headquarters. Who the heck would agree to a formula settlement without requirements of causality or a funding cap? What is going to be the necessary restatement of costs to BP’s bottom line to factor in this potentially massive financial liability? After having inked the deal, BP has been choking on the formula and non-existent cap, fighting the settlement it agreed to as though it were foisted on them in the dead of night by a snake-oil salesman.”

Lawyers for victims worry that this is being used as a test case; they warn that successful challenges here could open the door to challenges of hundreds of thousands of individual damage-claim awards. To date, almost every court decision since the deal was approved has gone against BP, but the company has appealed to the U.S. Supreme Court to review and check the interpretation of the realm of what is to be covered under the settlement. The Supreme court has not decided if it will hear that case.—Ruth McCambridge