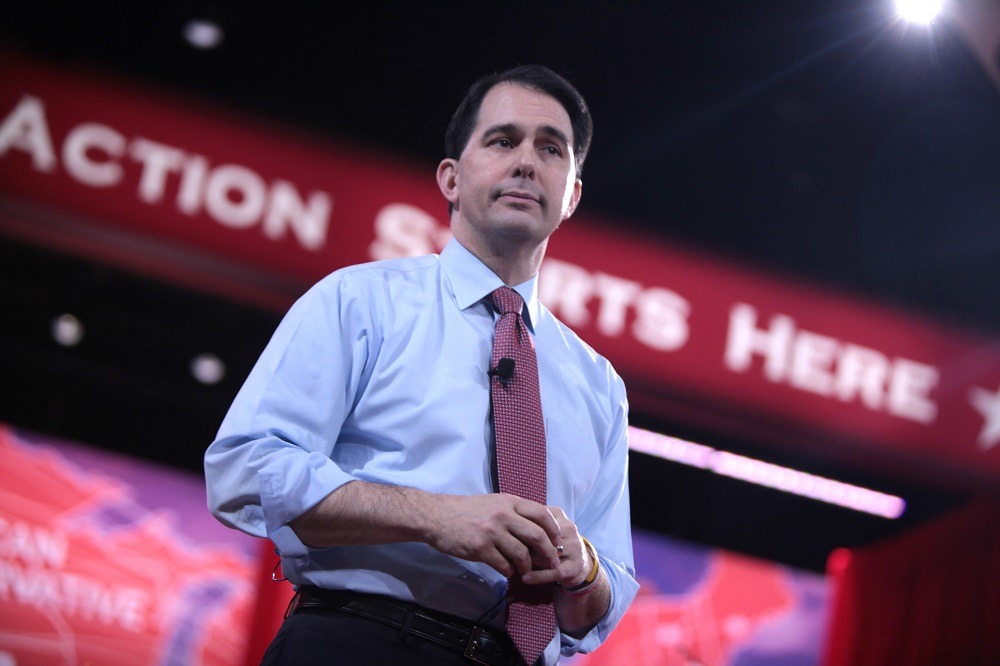 Michael Grebe, the president and CEO of the Lynde and Harry Bradley Foundation, is taking over as campaign manager for Scott Walker’s presidential campaign. Given our coverage of the interlocking directorates of the Bradley Foundation and the several Walker campaigns of the past, one wag asked in response to the news, how would we be able to tell that Grebe has joined the campaign? Hasn’t the Scott Walker brain trust been firmly ensconced within the Bradley Foundation’s board of trustees for some time? As we wrote this past April:

“With the multiple arenas of the Bradley Foundation’s public policy funding of Wisconsin’s conservative political model dating back to the administration of Governor Tommy Thompson, including school choice policies and welfare reform, plus Grebe’s history of running Walker’s political campaigns, it would be surprising if Grebe stays aloof from a Walker presidential bid, should that officially emerge.”

Our concern back then was how Grebe as the head honcho of the Bradley Foundation might or might not be able to erect a mental firewall between Grebe-as-foundation-CEO and Grebe-as-Scott-Walker-aficionado in his day-to-day activities in the foundation.

With the news that Grebe is relocating himself to the campaign (and presumably, though the article doesn’t say it, taking some sort of leave of absence from the Bradley Foundation), the question flips. How does Grebe-as-Scott-Walker-functionary avoid using his influence with the foundation, even in a minor way, to support the Walker campaign, particularly since the Bradley board retains conservative Republican powerbrokers and political donors such as Cleta Mitchell, Art Pope, Dave Uihlein, and Diane Hendricks, among others, several connected to Walker campaigns in the past?

We suspect that for most humans, insulating their intra-office no-politics requirement from their outside commitments to partisan political activism would require an astounding if not almost impossible degree of mental discipline. While Governor Walker makes his way as one of the fifteen-and-counting Republican presidential candidates of the moment, the Bradley Foundation, if it believes it can really maintain a nonpartisan, non-political stance while Grebe sits astride the Walker campaign apparatus, might want to be extra cautious about grantmaking that might be construed as investing some of the assets and distributions of the 92nd largest foundation in the nation in a partisan campaign effort—if that hasn’t been what has been going on for quite some time. Here’s what the foundation might do if it wanted to keep its skirts out of the campaign puddles:

When a foundation’s top echelon is so fully immersed in a partisan political campaign that it is difficult to figure out where the foundation stops and the campaign starts, the problem isn’t just that foundation. The American public might reasonably find the situation as contributing to an increasing suspicion that big money finds its way into partisan political campaigns even when the government rules call for a separation of philanthropy and campaigns.—Rick Cohen