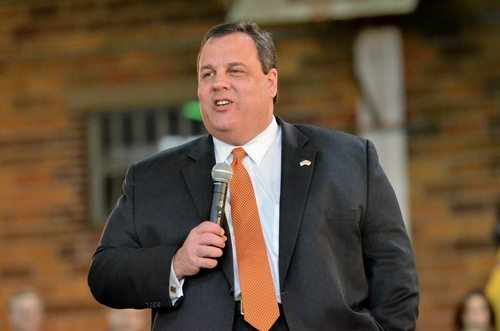 Thanks to the intrepid legal work of David Sciarra of the Education Law Center in Newark, N.J., the public has learned that a $430,000 grant from the Eli and Edythe Broad Foundation to the state of New Jersey is predicated on Gov. Chris Christie staying in office. Is this a grant to the state of New Jersey or a grant to Gov. Christie’s New Jersey? Does a foundation get to tell a nonprofit board of directors not to change executive directors or a state’s voters and legislators not to change governors or else the grant is torpedoed? Does the Broad represent a foundation using its funding to dictate public policy from behind the scenes?

The Broad Foundation grant is in support of various educational reforms in the state, with performance benchmarks such as a 50 percent increase in the number of charter schools or the number of high quality charter schools, depending on which way one reads the grant language. It is not the first Broad grant to New Jersey, having been preceded by extensive support to the state’s Department of Education aimed at “’accelerat(ing)’ the pace of ‘disruptive’ and ‘transformational’” change. The Christie-contingent Broad Foundation grant raises so many troubling questions that one hardly knows where to start.

To begin with, Broad included conditions in this current grant that are astonishing, requiring that all public announcements of the program by the state have to be cleared with the Broad Foundation. The grant contains a lengthy provision about making documents, files, and records associated with the grant the property of the Foundation. Are these materials, generated and used by the government as a result of the grant, not to be disclosed to the public? Is the foundation telling government—and the legislature and the voters—what they should accept as public versus private? A foundation spokesperson’s contention that this only applies to a sliver of files containing “personal information” doesn’t seem to fit with the fact that Sciarra and his Center only found out about the terms of this Broad grant at all, much like other Broad funding in the state, by pressing for disclosure through the state’s Open Public Records Act. Giving some definition to the Foundation’s narrow commitment to transparency, the grant agreement adds, “If the state is legally required to make any of these materials public — either through subpoenas or other legal process — it must give the foundation advance notice of such disclosure so that TBF may contest the disclosure and or/seek a protective order.”

Is this what behind-the-scenes, foundation-directed government looks like? Remember that Broad has been paying for a special advisor to Christie’s education commissioner, Christopher Cerf, who himself is a product of the Broad Foundation’s training programs. Is it too much to suggest that this grant is not just predicated on Christie staying in office, but on Christie’s keeping Broad product Cerf in place? Doesn’t the legislature—and don’t the voters—have a say in who runs the government? Shouldn’t the legislature and the voters know what the government is agreeing to do or forego in return for getting money from a private foundation?

This also raises the question of whether other education funders allied with the Broad Foundation are attaching similar requirements on their grant support for New Jersey schools. For example, Facebook’s Mark Zuckerberg, already a controversial donor to Newark public schools, has committed funding behind the Broad Foundation plan to support regional assistance centers to work with superintendent Cerf on school turnarounds. A batch of Zuckerberg grant money was accepted by the state’s Board of Education at the same time as the Broad Foundation’s $430,000 grant was received. Do Zuckerberg’s grants require the continuation of Cory Booker in Newark or Christie in the state capitol, or do they establish secrecy requirements like the Broad Foundation’s grant conditions?

Sciarra thinks that the Broad grant may be “precedent-setting to require that an elected official remain in office as a condition for a grant,” but we suspect that he is wrong, especially in the arena of education reform as practiced by those promoting charter schools. Think of the pushback that arose as the Bill & Melinda Gates Foundation provided support to states for the “Race to the Top” initiative with pretty clear evidence of what states would have to do to qualify for the Gates money (see here and here). Or consider the foundations that provided funding to Washington, D.C. schools predicated on the necessary presence of Michelle Rhee as chancellor. The Broad Foundation was part of the group of foundations in that case, tying their grant support to Rhee’s continuation in office.

There is nothing wrong with foundations giving grant support to public entities such as the New Jersey Board of Education or the Newark public schools, but when foundations engage with the instruments of democracy, they have to play by the rules of democracy. That means being open and above board in their dealings, subjecting themselves, their grants, and their interactions with government to the requirements of transparency and disclosure, and not sheltering themselves from the voices of voters. Foundations know how desperate governments are for funding. They know how much leverage, despite their claims to the contrary, they can exercise over government officials. They ought to realize how their involvement can distort the democratic process, whether intentionally or otherwise.