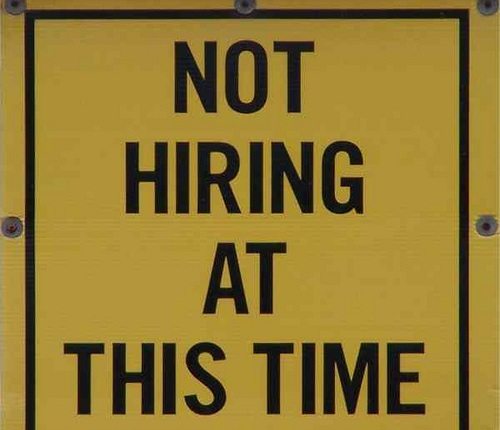 Don’t you feel that the monthly reports from the U.S. Department of Labor, reporting unemployment up or down and higher than expected or lower than expected increases in job creation are, after a while, difficult to absorb? It’s hard to tell whether the economy is making reasonable progress, sort of just staggering along, or heading for another plunge.

The March jobs report was one of those mixed-messages reports that don’t yield easy answers, but we would rather assess the economy based on jobs for America’s workers instead of gauging economic trends by how well the Dow Jones and S&P indices are doing. Here are the jobs report headlines of interest to nonprofits:

In macroeconomic terms, these depressing numbers don’t necessarily mean that the economic revival has stalled or reversed. But don’t tell that to nonprofits that are serving unemployed and underemployed people and their families on a regular basis.

The analysis takes nonprofits into the public policy issues of government spending and government taxes that are just as important to service providers as any possible modifications of the charitable deduction. Is it possible, for example, that March saw the beginning of the budget cuts due to sequestration, a process that will shave off pieces of the economic recovery? Or it is due to the ripple effect of the fiscal cliff deal that ended the reduction in the payroll taxes and made employers warier about employment costs, which might explain the loss of 24,000 jobs in the retail sector in March?

Matthew O’Brien of The Atlantic thinks there’s a clear policy answer, expressed in all caps: “STOP CUTTING THE DEFICIT.” The reduction in spending due to sequestration and the rise in the payroll tax both devote resources to deficit reduction that could be better spent in attempting to get the economy out of its apparently deepening stall. The BLS numbers this month and last don’t describe a vibrant economy on the upswing. The sequester on its own doesn’t undo the economy, but the implementation of the cuts in the coming months won’t help the employment picture one iota. Taxing middle class people by raising the payroll tax doesn’t drive people into poverty on its own, but it reflects the public policy class giving short shrift to the middle class as it attempts to cozy up to the superwealthy. The BLS jobs report on March should be a clarion call for nonprofit activism on government spending, not just the overemphasis on taxes. Otherwise, there’s not a prayer that the protected charitable deduction will be able to keep up with the onslaught of demand from the nation’s unemployed, underemployed, and discouraged.—Rick Cohen