California Nonprofits Battle One Another over Forest 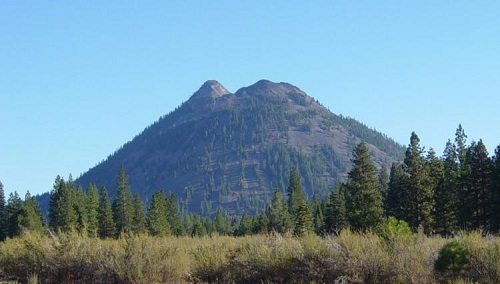 Every now and then, NPQ comes across a story of nonprofits in a pitched and open battle about something. Why not? Missions differ, but in this case, you have one group whose revenue generation scheme is in conflict with another group that is focused on conservation.

The nonprofit Fruit Growers Supply Company is apparently very entrepreneurial and into social enterprise, but not everyone is so appreciative. FGS, whose tagline reads “Helping Sunkist since 1907,” provides supportive services and supplies to citrus farmers. It now plans to cut down trees in a 150,000-acre forest between Weed, California, and the Oregon border, then sell the lumber to help support its business.

Here is how they describe their longstanding logging operation:

“Fruit Growers owns and manages approximately 335,000 acres of timberland in California, Oregon and Washington. Over the last 100 years, since Fruit Growers bought its first mill and forest property, these timberlands have evolved from a source of packaging material to become one of our most valuable assets. They have provided the membership with a steady, reliable flow of initially box material, and now income, over the last 100 years.”

The fruit growers do have a sustainable forests policy on their website, but three conservation groups—the Center for Biological Diversity, the Klamath-Siskiyou Wildlands Center, and the Klamath Forest Alliance—have filed suit against the federal government, contending that federal authorities have not adequately ensured the protection of the Northern Spotted Owl and coho salmon. The Endangered Species Act classifies both as threatened.

“Fruit Growers’ fifty-year plan targets endangered species and the forests that sustain them in the first ten years in exchange for forty years of empty promises to do good after the habitat and the species are gone,” writes George Sexton, conservation director of the Klamath-Siskiyou Wildlands Center, in a press release.

The three groups filing suit say that the sediment from the operation will foul local waterways where salmon breed. Additionally, the plan approved by the federal agencies provides that Fruit Growers may kill up to 83 northern spotted owls and in return must create 24 “conservation support areas.” The plan also prohibits Fruit Growers from making noise or harvesting within a quarter mile of owl nesting sites in the owl’s breeding season.

NPQ would love to hear what readers know and/or think about this situation in Northern California, where logging has been a flashpoint issue for some time.—Ruth McCambridge