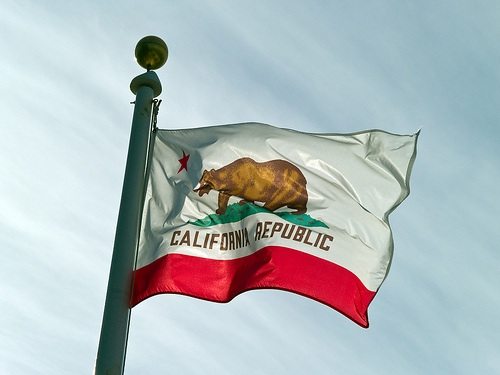 The Washington Post’s Jim Tankersley points out in its WonkBlog that California has kept adding jobs, and at about the same rate as the nation overall, despite the fact that last November its voters imposed the highest state income tax rate in the nation, as well as hiking the sales tax. That result bears out the predictions of most economists that the tax hikes wouldn’t make much difference, and refutes the warnings of anti-tax conservatives.

Private-sector employment rose by 0.8 percent in California from January through July, while across the country, it rose 0.9 percent. Beacon Economics in Los Angeles noted that California accounted for a quarter of the nation’s job growth last month, and the State’s Department of Finance reported that there were 374,000 fewer unemployed Californians in June than there were a year earlier.

The income and sales tax increases were placed on the ballot by Governor Jerry Brown and the state legislature to staunch the hemorrhaging state budget and allow it to maintain basic support for education and other critical public services. Many of the Golden State’s nonprofits—including educational and job training organizations, social service providers and health clinics—rely heavily on state support for their projects and programs, either through grants or fees for services to state residents.

However, statistics show that though California’s unemployment rate remains higher, it has fallen faster than the national average since January, dropping a full percentage point. And the state’s job growth has slowed as compared to the same time last year. The bottom line is that eight months after raising sales and income taxes, California is still adding jobs on par with the rest of the nation, but not as fast as it added jobs up to this point a year ago. At one point in the Great Recession, California had the nation’s third-highest unemployment rate, and was hit especially hard in the southern half of the State.

Tankersley says that it remains too early to come to any conclusions about the degree to which tax hikes have slowed the state’s growth, quoting a senior economist at the UCLA Anderson Forecast, who said that “the data are not such that there is a discernible pattern in California distinct from the U.S.”—Larry Kaplan