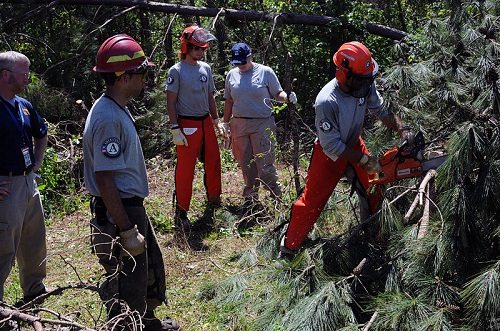 For its 20th anniversary, AmeriCorps is getting support from a nonprofit advocacy group, ServiceNation, which is working with several nonprofits to brand AmeriCorps as cooler to young adults and transform national service into generally standard practice for students after school.

“Last year, there was a record number of applications: 582,000 for 80,000 positions,” said Zach Maurin, the executive director of ServiceNation. “Everyone was excited because that’s a record, but it’s actually a really, really small percentage of millennials. So while that’s exciting, and it’s a great story to tell Congress, it’s actually a really small number, especially given unemployment among young people. So we think that’s a great indicator the awareness is not there.” Maurin also stated that, over the past decade, Google searches for AmeriCorps have declined 30 percent, indicating that word of mouth through the web, at least, has been unsuccessful.

Maurin compared their coming efforts at rebranding to the way Mothers Against Drunk Driving transformed the meaning of “designated driver” from something uncool to having a positive meaning for youth. MADD worked with the Harvard School of Public Health’s Center for Health Communication through the Harvard Alcohol Project, which aimed to get these alcohol safety messages into popular culture. The Center for Health Communication stated, “It marked the first time that a health institution joined forces with the communications industry on a project of this magnitude.”

So, following the path of MADD, ServiceNation is meeting with producers and writers of popular shows to discuss incorporating AmeriCorps into plotlines. (MADD successfully got hit shows such as Cheers, L.A. Law, and The Cosby Show to insert drunken driving–prevention messages into their programming, which began altering social norms.) ServiceNation is aiming for shows such as Parenthood and Modern Family, where viewers and characters are in the 20–28 age group they are trying to reach. Zach Maurin stresses, “We need to get [AmeriCorps] in front of the American people in a much more powerful way.”

Getting national service to be more widespread in the U.S. is a daunting task, which NPQ has touched upon before. Although MADD’s initiative was very successful, one wonders if ServiceNation will have challenges in reaching a younger demographic that no longer watches cable very often in favor of streaming videos online. How can this organization strive to transmit these social messages to a new digital audience?

President Obama made national service a priority in his administration, and promised to expand AmeriCorps from 80,000 members to 250,000. The plan was never put into effect after Congress failed to fund the initiative. What’s interesting is AmeriCorps still has bipartisan support, but the problem is that governmental cuts have become increasingly more popular. When BuzzFeed spoke with Sen. Martin Heinrich, the first AmeriCorps alumnus elected to Congress, he said, “It’s a sign of the times. We’ve moved from having a debate about how to balance the budget and fix our fiscal challenges to a debate about whether or not government is necessary.” So if kids think AmeriCorps is cooler, will government funding for the program become cooler? Can we combine these two efforts?—Aine Creedon