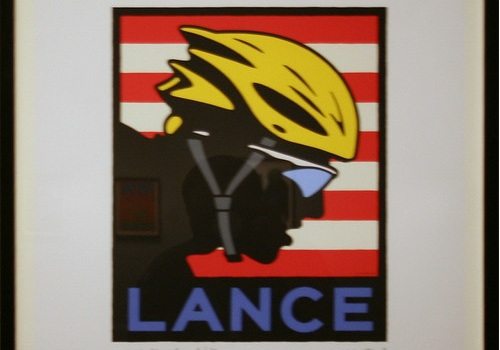 The headlines are noting that the Lance Armstrong Foundation is involved in lobbying members of Congress in response to the U.S. Anti-Doping Agency’s charges that the champion bicyclist took performance-enhancing drugs during his racing career. This has probably generated some confusion. Can foundations lobby?

Private foundations are limited in their permitted lobbying of legislators. They can: give legislators nonpartisan research generated by their grantees or themselves; participate in discussions of public issues so long as they don’t address the merits of specific legislation or encourage people to support legislation; provide testimony in response to written requests from legislative committees; and engage in “self-defense lobbying” on legislation potentially affecting the existence, powers, tax-exempt status, or deductibility of contributions to foundations.

But the Lance Armstrong Foundation is a public charity that receives the majority of its funding from the general public. As such, it can lobby so long as lobbying comprises “no substantial part” of its expenditures. It can also lobby if it (as an organization with a budget greater than $500,000) elects to follow the 501(h) guideline which limits lobbying to 20 percent of the organization’s first $500,000 of expenditures plus 15 percent of the next $500,000 in expenditures, 10 percent of the next $500,000, and 5 percent of its remaining expenditures. If the foundation is still running a budget of some $10 million as it reported on its 2010 Form 990, it has decent lobbying capacity. Between 2007 and 2010, the foundation reported spending a total of $857,291 in direct and grassroots lobbying on its 990s.

The lobbying of the foundation CEO with Sen. Kay Bailey Hutchinson (R-Texas) last month reportedly involved issues of domestic and international cancer care—and the impact the pending Doping Agency action against Armstrong could have on the foundation. A foundation representative also visited with Rep. Jose Serrano’s (D-N.Y.) staff, which is notable because Serrano is a member of the House appropriations subcommittee that oversees the Anti-Doping Agency’s $9 million budget (through the White House Office of National Drug Control Policy). Serrano’s spokesperson said that that meeting was “substantially if not all about USADA and concerns about the process that Lance Armstrong is being put through.”

According to the Associated Press, the foundation just hired the lobbying powerhouse Patton Boggs to do its lobbying. Although AP reported that Patton Boggs hadn’t filed its paperwork, we found an initial filing dated July 9th on the official congressional site for lobbying disclosures. The Center for Responsive Politics reports these Lance Armstrong Foundation expenditures for direct lobbying through 2010, not including any direct lobbying conducted by Lance Armstrong Foundation staff themselves:

You may notice that there is a discrepancy between the lobbying reported in the 990s and the federal lobbying disclosures reported to Congress; NPQ does not have the information to explain this discrepancy. We suspect the lobbying bill from Patton Boggs might be more expensive than what the foundation farmed out in years past. Typically, the foundation’s lobbying agenda included cancer-related legislation and Department of Health and Human Services appropriations, though during the Obama administration, the Affordable Care Act was added to the lobbying agenda. Lobbying members of Congress and others about the U.S. Anti-Doping Agency as it affects the activities of the foundation’s reputation and fundraising may be a possible avenue for allowing the foundation to get involved in what would otherwise be a private matter between the ADA and Armstrong the athlete. But the foundation will have to be careful that it doesn’t end up using charitable dollars for Armstrong’s personal issues that might not have much charitable content.—Rick Cohen