Can “Bright Lines” Bring Clarity to Nonprofits and Political Activity? 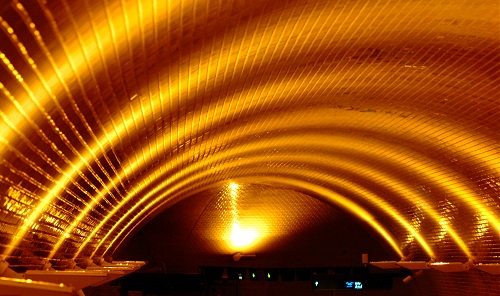 The Bright Lines Project has been working for a few years to bring clarity to what nonprofits may and may not do in the area of political intervention. The need to do something has been known for a long time, but the 2010 Citizens United case and the irregularities in the way the IRS handled applications for tax exemption are two of the reasons why the Project’s work is enjoying some interest.

Tom Halloran’s blog on The Hill speaks generally to the need for action and the activities of the Bright Lines Project. The website itself includes several documents and a fact sheet outlining the Project’s proposals, plus a draft for a new section of the Internal Revenue Code dedicated to defining and regulating political intervention by nonprofits.

It’s a laudable effort by a small group of knowledgeable and prominent tax lawyers specializing in nonprofit organization law, and certainly an advance over the current lack of definitions and guidance that bedevils the IRS and nonprofits alike.

The one insurmountable difficulty faced by the Project is that even the brightest lines have gray areas at the margins, and the Project’s solution is to place the burden on nonprofits, not the IRS, to prove why the gray areas aren’t violations of the Internal Revenue Code. The Project’s proposed Section 4956 does not include the “presumption of reasonableness” language protecting nonprofits that is present in Section 4958, which governs a nonprofit’s conflicts of interest and compensation practices.

One key problem in the Bright Lines Project’s draft Section 4956 is how to assess the quantity of political intervention that would be permissible for nonprofits that are not charities, such as 501(c)(4) social welfare organizations. (Incidentally, the Project does not propose a definition or redefinition of “social welfare,” currently a contentious political issue.) At a recent Hudson Institute forum, Cleta Mitchell, an attorney who represents several nonprofits challenging the IRS, pointed out that the lack of a dependable metric for measuring political activity makes it impossible for nonprofits to assess or defend their level of political involvement. The Project acknowledges the existence of the problem and differing potential definitions. Mitchell’s concern, however, goes a step further. Not only does a quantifiable metric need to be established (such as percentage of revenue or percentage of staff and volunteer time), but also there are still gray areas as to which messages are educational and which are political. Even with Bright Lines’ solutions in place, there would still be many “facts and circumstances” cases for the IRS to evaluate, with the nonprofit in the role of defendant presumed guilty until determined to be innocent. This is demonstrated in the Project’s own detailed draft guidance, which uses no less than 35 examples to illustrate the effect of its proposed regulatory language.

It’s a good thing that bright minds are working on the thorny issue of regulating nonprofit political activity. Unfortunately, there are many gray areas that stubbornly resist the Bright Lines Project’s efforts to date. Fortunately, there is time for further work to be done by the Project and others before regulatory and/or legislative solutions are likely to be entertained.—Michael Wyland