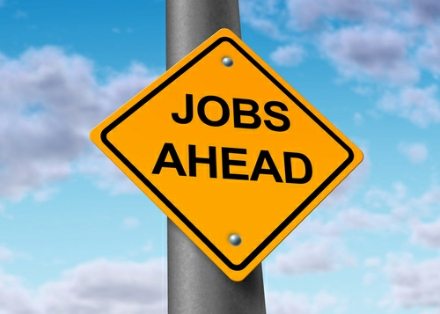 An article by Leda Hartman in the Christian Science Monitor cites a 2011 study of the National Conference on Citizenship (NCoC) that indicated “states and cities with good civic health have lower unemployment rates than other places.” Hartman tells the story of Chatham County, N.C., where business people and service providers have responded to the recession by “taking care of each other.”

As examples, Hartman points to a chiropractor who is offering acupuncture and chiropractic care on an inexpensive sliding scale, a “benevolent mad scientist” who donated 500 refurbished computers for children and seniors, a music teacher who teaches some kids for free, the landlord who lowered the teacher’s rent on his musical instrument repair shop, and more. Is this a model for American responses to the unending problem of fighting the nation’s deepening unemployment, or a gauzy hope for recreating the dynamics of Sheriff Andy, Aunt Bea, and Mayberry R.F.D.?

Hartman writes that the NCoC study showed that “the states that lost the fewest jobs between 2006 and 2010—Alaska, South Dakota, North Dakota, Kansas and Minnesota—also had some of the highest levels of volunteerism. Conversely, the states that lost the most jobs—Nevada, California, Alabama, Florida, Rhode Island—had much less volunteerism. For the country as a whole, a 4 percent increase in the rate of working with neighbors was connected to a 1 percent decrease in job loss. A 4 percent increase in public meeting attendance had nearly the same outcome. To a lesser degree, volunteering and voter registration were also related to lower unemployment.”

In addition to Chatham County, Hartman notes the example of Ajo, Ariz., where the International Sonoran Desert Alliance is working on an effort to rebuild this former copper mining town and, in the process, is training residents for jobs in the construction industry. Another researcher is cited asserting that the number of organizations present is a critical factor in a community’s social health, noting that the low income neighborhood of Oakland in Chicago, which has one of the city’s highest ratios of organizations to population, has reduced poverty since 2000 and has better foreclosure statistics than comparable neighborhoods.

An NCoC spokesperson asserts that social capital is the necessary glue for making financial capital work in generating employment or reducing unemployment, though the organization acknowledges that “civic engagement alone won’t create jobs.” The additional stories in the article add up to a picture of “communitarianism” along the lines of the theories of George Washington University professor Amitai Etzioni. The article takes on a conservative bent as a researcher at the Heritage Foundation suggests that government spending works against the kind of communitarian solutions highlighted in the article.

The suggestion here is that grassroots activism contributes to a reduction in the political polarization of our communities and the possibility of pulling communities and perhaps the nation a little bit out of the never-ending recession. Communitarianism always sounds really good, but are the successful examples in this CSM article the exception or the rule?—Rick Cohen