Can You Hear Me Now? Nonprofit Voices at the Supercommittee 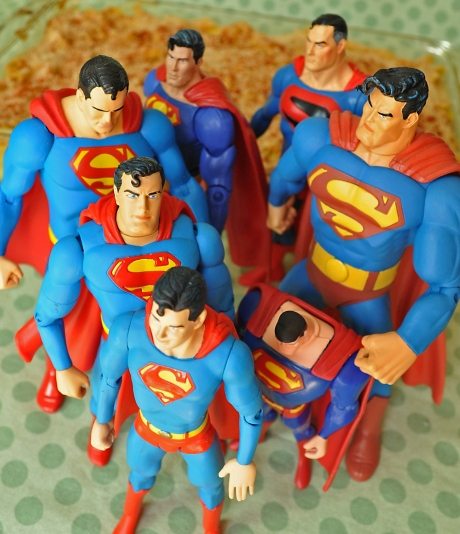 It could be all for naught, but the latent power of the Congressional supercommittee, charged with slicing a trillion or more off the national deficit, is kind of enormous if certain factors play out. As we have noted before, we hope that the nonprofit sector is making a coherent and noticeable case to the supercommittee amid the hundreds of thousands of dissonant recommendations that have flooded in. And even if the sector does have a coherent, resonant message, will it be heard given the cacophony of monied interests laying siege to supercommittee members?

The importance to the sector isn’t simply because the supercommittee has a mandate to whack $1.2 trillion (through spending cuts and new revenues) by November 23. Think back to the National Commission on Fiscal Responsibility and Reform, popularly called the Simpson-Bowles Commission, after the two former senators who led the effort. The expectation was that the Commission, created by President Obama as a bipartisan effort to reach some budget consensus, would elevate above the strident political Armageddon that had enveloped Congressional budget debates—in part because of the wide respect for the two chairmen: former Wyoming Republican senator Alan Simpson and former Democratic White House chief of staff Erskine Bowles.

If that was the expectation, it failed, as President Obama quickly distanced himself from the Simpson/Bowles recommendations almost before they were publicly released. Perhaps he was justified in doing so, but the idea of this blue ribbon commission of sorts bypassing the budget stalemate clearly didn’t work.

In an op-ed in Politico, David Walker, the former U.S. Comptroller General and head of the General Accountability Office (GAO), as respected by both political parties as Simpson or Bowles, introduces an unexpected potential role for the supercommittee if it makes progress with its legislated mandate. After noting a couple of important recommendations for the supercommittee’s work plan, Walker added this last proposition: “The final objective of the committee’s recommendations should be to extend the special legislative process under which it is operating—to allow for even greater deficit-reduction progress in the next few years . . . For example, it could recommend extending its life or creating a new committee to make additional recommendations that meet a larger 10-year deficit-reduction target based on an agreed-upon ratio of spending reductions to revenue enhancements by a specific date.”

Maybe we’re misreading Walker’s implication, but it looks like he’s recommending a super-role for the supercommittee—giving it a cachet, lifespan, and potential influence to supersede some of the deliberative thinking that has been lacking between Democratic and Republican leaders in Congress. With the ever-worsening bipartisan budget and deficit standoff in Congress, there is an increasing sense that many people have the perspective of “a pox on both your houses” when it comes to the two national political parties. And Walker just finished second to Hillary Clinton as a potential third party candidate to run against Obama and his eventual Republican opponent in a poll of Politico readers, so his words carry weight.

If the supercommittee finds a way of extending and increasing its mandate, the already huge challenge for nonprofits will be increased geometrically. Currently unable in any sense to match the lobbying and advocacy muscle of well-heeled special interests in general, nonprofit sector leadership will face a special challenge if the supercommittee institutionalizes and moves toward permanence. It’s already almost impossible for advocates of any means to get to the supercommittee members and lay out a coherent agenda of reforms that would protect and enhance the role of the sector.

Remember that Walker has been associated with the monied interests that tend to have a bigger voice than the typical nonprofit service–providing coterie. From 2008 until late 2010, he served as head of the Peter G. Peterson Foundation, founded by—and named after—President Nixon’s Secretary of Commerce. With Walker at the helm, Peterson’s foundation has been a vigorous advocate on the side of reducing the deficit by major spending cuts, with a multimillion-dollar ad campaign featuring the imaginary political candidate Hugh Jidette (“huge debt”) running the nation’s economy into the ground with his profligate spending proposals.

Walker now runs his own operation, the Comeback America Initiative, with some heavyweight liberal and conservative players on the board, ranging from Jim Wallis (Sojourners) and Andy Stern (SEIU) on the left to Mel Martinez (former Republican senator from Florida and HUD Secretary under Bush I) on the right. Given the agenda laid out in Walker’s book Comeback America, it isn’t clear how much of a focus Walker and his associates have on the well being of the nonprofit sector and of its role as the nation’s delivery system for many public goods.

Who will the supercommittee listen to? Walker and Peterson probably, but in the end money talks . . . and you know what walks. According to recent news reports, the American Medical Association, for example, spent $7.3 million in the third quarter of this year in lobbying aimed at the supercommittee regarding changes the AMA wants in Medicare cost structures and reimbursements. Ninety-three special interest groups have made $300,000 in campaign contributions through their PACs to members of the supercommittee since it was formed, only a month ago—$111,500 of which came from health and pharmaceutical companies.

Because modifications to entitlements such as Medicaid and Medicare are likely to be on the supercommittee’s agenda, it is no surprise that health issues are such a focus for corporate lobbyists. Among the many health-oriented interests in the mix is the Hospital Corporation of America, which alone spent $210,000 in the third quarter lobbying the supercommittee.

Other sectors are also actively pitching and promoting. For example, the Association of American Universities and the Association of Public and Land-Grant Universities have written to the supercommittee asking that their federal research funding—and subsidies such as Pell grants and federal student loans—be protected. It should surprise no one that the manufacturers of military equipment are lobbying the supercommittee, pitching the protection and expansion of Pentagon weapons systems as important for job creation and retention. And, unbelievably, one of the potent lobbying forces aiming at the supercommittee, especially committee member Jon Kyl (R-AZ), is the online gambling sector, with trade associations such as the American Gaming Association and the Poker Players Alliance hoping they can jujitsu the supercommittee into a position of recommending online gambling as part of its overall job- and revenue-generating plan.

Who is speaking for the nonprofit sector in the lobbying fray (other than nonprofit trade associations solely concerned about the industries they represent rather than the broader, cross-disciplinary nonprofit issues)? A few days ago, National Public Radio counted 619 corporations and groups that intended to lobby the supercommittee. On the list, addressing generic issues of concern broadly to the nonprofit sector is Independent Sector, and that’s largely it; nonprofit-friendly organizations such as the Advocacy Fund (formerly the Tides Advocacy Fund), the Center for Budget and Policy Priorities, Volunteers of America, the National Council of La Raza, and the Leadership Conference on Civil and Human Rights—all with track records on generic nonprofit issues—will raise undoubtedly raise concerns with the supercommittee, but within the context of other issues such as human services funding (VOA) or civil rights (NCLR). The Sunlight Foundation’s database indicates that Independent Sector spent $10,000 in the third quarter lobbying the secretive legislative body, NCLR spent $30,000, and the Advocacy Fund spent $20,000.

Those are tiny figures compared to the massive amounts being spent by the largest players:

Independent Sector’s agenda with the supercommittee appears to be tightly focused on protecting the charitable deduction, not just from a potential cap but from potential elimination, too. (IS’s website tells nonprofits to contact supercommittee members and warn them that charitable giving could drop by $7 billion if the deduction is completely eliminated) The National Council on Nonprofits is promoting a sign-on “nonprofit community letter” calling for no changes to the “charitable giving incentive” as opposed specifically to the charitable deduction. It isn’t immediately clear exactly what the National Council envisions as the distinction between the “charitable giving incentive” and what it refers to as the “current-law charitable deduction,” perhaps because there are provisions in the law that provide tax credits as opposed to tax deductions for contributions or investments in certain kinds of activities typically relied on by nonprofits, such as the Low Income Housing Tax Credit, the historic tax credit (HTC), and perhaps others credits too (plus other incentives, such as the charitable IRA rollover).

There must be more to the nonprofit sector’s message than just charitable incentives or even more narrowly the charitable deduction. The nonprofit sector’s leadership organizations might be well advised to convene a process to generate a “nonprofit agenda” to present to the supercommittee. Some of the components of a nonprofit agenda were presaged in 2001 when OMB Watch, the National Committee for Responsive Philanthropy, and the Advocacy Institute presented a twelve-point agenda to the incoming Bush Administration; several of the components are still valid for the supercommittee’s consideration today.