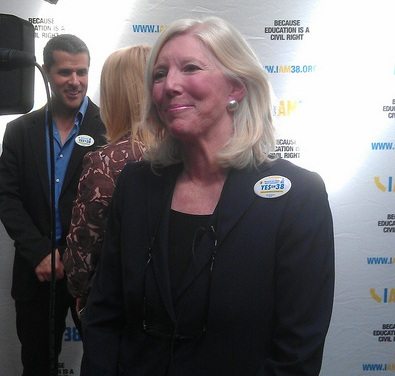 A big lesson of the elections is that many of the big money players who thought that their millions—or billions—spent for political campaigns inexorably buys them electoral success have had their comeuppance. In fact, our read is this: the American public is now turned off and hostile to the campaigns of rich people who wield their wealth in elections. The lesson applies to both ideological wings of the electorate, not only to the right wing successors to Mark Hanna such as Karl Rove, but to their liberal counterparts as well—as exemplified by this story from California.

One of the wealthiest billionaires in the United States, Charles T. Munger is affectionately called “Charlie” by his better known business partner at Berkshire Hathaway, Warren Buffett. His children are wealthy, too, including two of them who played significant roles in the election in California this past week: Charles T. Munger, Jr., who is politically very conservative, and his very different (ideologically) sister, Molly Munger. Both the right wing and left wing Munger children united during this electoral cycle to spend tens of millions of dollars to defeat a ballot initiative sponsored by California Gov. Jerry Brown that would have raised taxes on very wealthy Californians to pay for elements of the state’s K-12 and college/university education budget. The Mungers lost big time in expensive and flamboyant fashion.

Gov. Brown’s Proposition 30 is a temporary (seven year) income tax increase on Californians earning more than $250,000 plus a quarter cent increase (for four years) in the state’s sales tax to help fund the state’s education budget, including the K-12 system and state colleges. His initiative was supported and partially funded by contributions from the teachers’ unions, the SEIU, and the Coca-Cola Company. Charles Jr., a physics professor at Stanford, reportedly spent $20 million against Prop 30.

With her personal wealth as a tool, Molly Munger got Prop 38 on the ballot. Prop 38 would have raised income taxes on a graduated basis for all Californian taxpayers with incomes as low as $7,316 to fund only K-12 education plus somehow achieve some deficit relief for the state, but would bypass not only the state legislature but also local boards of education. Molly Munger’s initiative also generated support from powerful players, notably the California system of Parent Teacher Associations (PTAs). Unlike the governor’s initiative, Prop 38 was basically all Munger, who spent $44.1 million on it.

The Governor’s Prop 30 won on Tuesday with around 52 percent of the electorate voting in favor of it and Molly Munger’s Prop 38 lost with three-fourths of voters voting against it. We can’t and won’t weigh in on whether the governor’s temporary tax increase on the rich will become permanent, whether Munger’s tax on everyone was fairer or not, whether Munger’s focus on K-12 was better or worse than the governor’s inclusion of state colleges and universities in his initiative.

We will say this: it seems clear that a portion of the electorate voted against Prop 38 because they saw it as Munger’s personal issue. Her $44 million was just about all of the money behind it. Without Munger’s dollars, it’s safe to say that there would have been no big Prop 38 push. So it seems to us that the voters in this case rejected the appearance of one super-rich person self-funding a voter initiative. Her money was overwhelming, but as one observer noted about the billionaires’ initiatives in California, “money alone won’t get it done.”

Regardless of the relative merits of this tax regime or that, there was another issue at play here concerning democracy. Munger’s proposal would bypass structures selected or elected by citizens—the legislature, school boards—in favor of an independent trust fund that could and would fund individual schools rather than non-site-specific education programs. It looks and feels almost like, dare we say, a foundation that would exist parallel to but independent of the existing structure of school boards and local authorities. That isn’t to suggest that the decisions to be made by the institutions of democracy are always objectively better than those made by undemocratic institutions such as private foundations, but asking citizens to vote against their democratic processes and values simply added to the notion of Munger as a rich person supporting the creation of an elite and undemocratic process.

A Los Angeles Times editorialist described Munger’s ballot funding—which he put at $48 million—as money flushed down a “rathole.” Maybe on the merits, the Munger proposition had it all over the Brown proposition. But if there is a message from November 6th that politicians and political funders of all varieties should heed, it is that the American electorate is turning against big money in politics, regardless of its ideological leanings. Many voters began the process of taking elections back from rich people who think that their money gives them special electoral privileges.—Rick Cohen