Casey Kasem’s Unintended Legacy: A Reminder of the Scourge of Elder Abuse 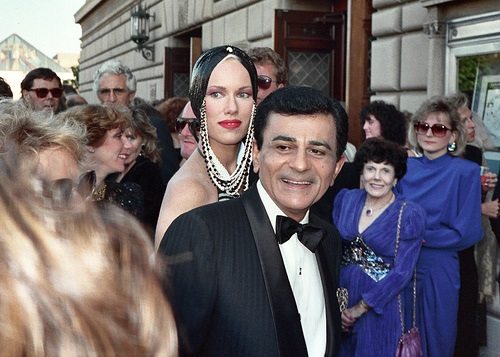 Younger people probably don’t think of Casey Kasem at all, much less his iconic role as the host of American Top 40, unless they’ve connected to Kasem’s role as the voice of Shaggy in Scooby Doo. Probably very few people of any generation know of Kasem’s history of political activism: his participation in anti-nuclear protests (including being arrested in a protest with Teri Garr and Daniel Ellsberg) and anti-homelessness protests (including sleeping on the streets with actors Max Gail and Carol Kane to draw the public’s attention), and—probably most controversially—his opposition to U.S. military presence in the Middle East and his constant visible role in supporting Arab-American rights.

Perhaps now is the time to honor Kasem with activism on the issue of elder abuse. Miriam Becker-Cohen, a researcher at the Urban Institute, raises the issue of whether Kasem’s death at the age of 82, attributed to sepsis from an ulcerated bedsore, might have been related to elder abuse. Becker-Cohen acknowledges that there is no definitive evidence. However, Kasem, who suffered from dementia, was caught in a battle between his second wife and the children of his first wife regarding who would care for him and how as his health failed.

The press coverage of Kasem’s last days focused on the salacious family drama, but may have been instructive about the more important issue of elder abuse. Several nonprofits offer a variety of programs and services addressing the needs of the elderly, notably the American Association of Retired Persons (AARP) among others. Often the public debate around senior issues focuses on Social Security and Medicare, but the topic of elder abuse isn’t often on the agenda.

One can imagine that seniors don’t often report incidents of abuse, feeling vulnerable to retaliation by the abusers or physically or cognitively unable to do so—or, according to the National Center on Elder Abuse, they may not want to get the abusers in trouble, as 90 percent of them are family members. The NCEA suggests that roughly 10 percent of seniors experienced some form of abuse (other than financial abuse, which itself is a serious problem for seniors) in the previous year, that elderly women are subjected to abuse much more than elderly men, and that elder abuse is unfortunately very frequently perpetrated against older people with disabilities or dementia.

If there is a legacy that nonprofits might want to remember from Casey Kasem, it shouldn’t be his voicing Shaggy, but the meaning of his life as a political activist—and his passing as a reason to remember the sad story of elder abuse in this nation.—Rick Cohen