“Catch an Illegal Immigrant” Game Cancelled at University of Texas 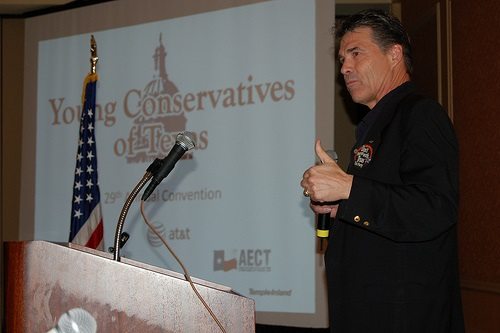 Lorenzo Garcia of the Young Conservatives of Texas cancelled their planned consciousness-raising activity—a game being called “catch an illegal immigrant”—because he said he was worried not only about retaliation from the university, but also about the safety of the group’s volunteers.

The group had planned on deploying some members to walk around campus designated as “illegal immigrants.” According to the group’s Facebook page at the time, “Any UT student who catches one of these ‘illegal immigrants’ and brings them back to our table will receive a $25 gift card. The purpose of this event is to spark a campus-wide discussion about the issue of illegal immigration, and how it affects our everyday lives.”

The school’s administrators responded negatively, but Gregory J. Vincent, the university’s vice president for diversity and community engagement, said that the university also values free speech and would not try to stop the game.

According to this account, Garcia, who posted the game notice on Facebook, was formerly on staff at Republican Greg Abbott’s gubernatorial campaign. Avdiel Huerta, Abbott’s press secretary, said the “campaign has no affiliation with this repugnant effort.”—Ruth McCambridge