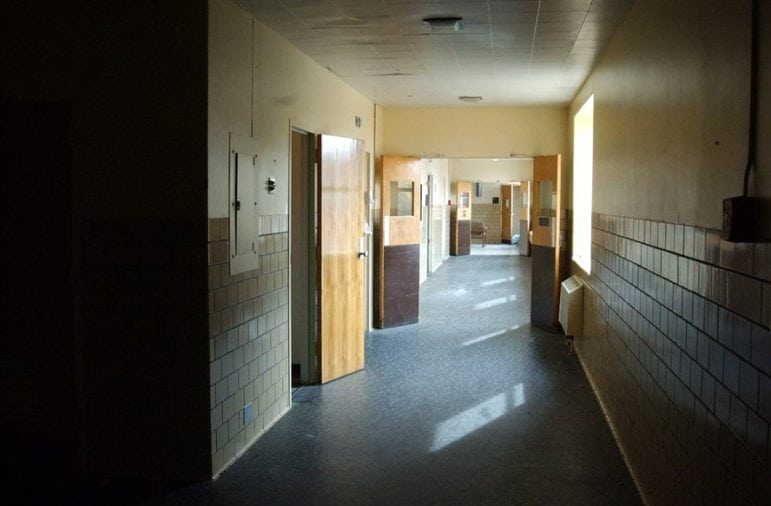 Last week, the US Conference of Bishops published a revised set of Ethical and Religious Directives for Catholic Health Care Services for the large network of health care providers connected to the Catholic Church. Catholic-affiliated organizations provide one-sixth of all hospital beds in the United States, so these revised directives will touch the lives of millions of Americans. For those concerned about the availability of reproductive health services, the guidelines raised new concerns about the availability of the range of legal services.

The conference’s announcement recognized that “the health care system in the United States is marked by both extraordinary challenges and immense possibilities for good.” During the debates over the future of the Affordable Care Act (ACA) last year, the bishops challenged the proposed overhauls because they would have caused “disturbing damage to the human beings served by the social safety net” and “wreak[ed] havoc on low-income families and struggling communities.”

Amy Littlefield at Rewire.news explained, “Catholic hospitals are the only accessible option in many parts of the United States.” This means that people living in those struggling communities are often compelled to follow Catholic values, at least when it comes to healthcare. The new guidelines that govern hospitals, service providers, and those who partner with affiliated organizations will restrict the availability of health services to the populations they serve.

While the restrictions on abortion, sterilization, and many forms of contraception are not new, according to Littlefield, “reproductive health advocates worry changes approved this month will inspire a crackdown on [common] workarounds by local bishops charged with interpreting the rules.” The bishops’ guidance affects collaborative arrangements that have been used by those providers who cannot directly provide the banned services, but offer workarounds as back doors to meet their patients’ needs. The new rules specifically require that Church-affiliated organizations ensure that:

[Neither] administrators nor…employees…manage, carry out, assist in carrying out, make…facilities available for, make referrals for, or benefit from the revenue generated by immoral procedures…Any kind of collaboration, whatever comes under the control of the Catholic institution—whether by acquisition, governance, or management—must be operated in full accord with the moral teaching of the Catholic Church, including these Directives.

According to Rewire.news and the Catholics News Agency, Bishop Robert McManus, who chaired the subcommittee that drafted the new directives, sees them as setting out a clear barrier to all banned practices, whether done directly or through cooperative arrangements. “The rule of thumb is a Catholic hospital in partnership with a non-Catholic hospital cannot formally cooperate with doing evil,” he said.

The new guidance reasserts the authority of religious leaders over that of health care administrators. Joe Zalot, a staff ethicist with the National Catholic Bioethics Center, told CNA, “What the bishops are saying is not new. What they’re doing is clarifying the role of the bishop in terms of Catholic entities in (their) dioceses.”

Dr. Debra Stulberg, associate professor at the University of Chicago, worries that patients will have no options. The growing consolidation of hospitals and health care providers has featured assertive Catholic organizations. According to Littlefield,

Combine the growing market share of Catholic Church-affiliated providers with this more aggressive stance on using church principles to guide care for all patients, plus the similar swing in the federal policy guidance that NPQ noted recently, and health care availability is threatened. As Kelsey Dallas at Deseret News reported, President Trump’s recent executive order on faith-based initiatives reversed “Obama-era policies regarding what faith-based service providers must do for potential clients who aren’t comfortable with the religious nature of their work. These providers will no longer have to offer information on alternative service agencies.” According to Amanda Tyler, executive director of the Baptist Joint Committee for Religious Liberty, this represents “a shift from focusing on the needs of beneficiaries to the needs of religious providers.”

The retirement of Supreme Court Justice Anthony Kennedy adds another level of uncertainty to the availability of reproductive health care. If a more conservative justice fills this vacancy, it is very likely that the court will approve of increased limitations based on religious convictions for legal services that should be provided by government-supported programs. With increased restrictions, even if money is no barrier, necessary health care may be made unavailable. Patients who should be able to be guided by their own religious and moral guidelines will be forced to follow their provider’s religion. For those invoking religious freedom as their rationale, this logic should be very troublesome.—Marty Levine