Catholic Charities and Others Fretting over Tax Plight of the Wealthy 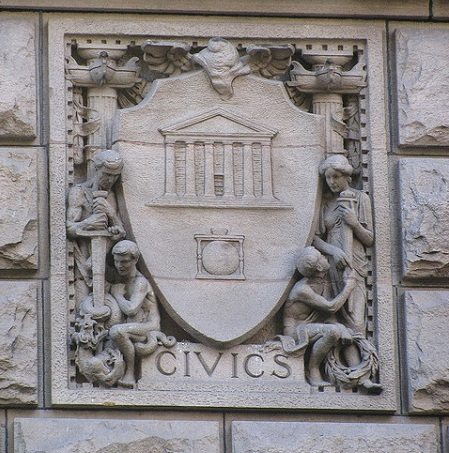 During the lobbying effort to protect the charitable deduction from Democratic or Republican tinkering in the fiscal cliff deal, Catholic Charities played a leading role. Catholic Charities President Fr. Larry Snyder was a prominent member of the coalition of charities that tromped in and out of Capitol Hill offices arguing that any reduction, even the most minor, in the charitable deduction would be terrible for nonprofits and for religious entities.

From our vantage point, the charitable coalition focused pretty exclusively on the deduction and avoided discussion of issues, such as tax rates and government spending, that might cause the coalition to splinter. Writing for the National Catholic Register, Joan Frawley Desmond states, “Catholic institutions also… quietly lobbied for their own budget priorities, defending programs that aid the most vulnerable” in addition to advocating for the charitable deduction.

With more “cliff” battles looming, such as the debt limit scenario slated to occur in less than two months, Snyder seems to be anticipating more legislative attention to changing the charitable deduction, suggesting that, in the words of the Register, “if typical donors simultaneously pay more in taxes, and also lose tax deductions for charitable giving, Catholic social agencies could be hit hard.”

Kathy Saile, director of the office of Domestic Social Development for the U.S. Conference of Catholic Bishops, underscored that cuts in non-military discretionary spending would hurt Catholic charitable efforts. “Catholic Relief Services and Catholic Charities help care for the poor,” Saile said, “but they do it in partnership with the government.”

Nonetheless, other Catholic spokespersons cited in the article complained that Church institutions were likely to face reductions in giving from wealthy donors due to the cliff deal’s provisions regarding wealthy taxpayers. Somehow, the recognition that the only provision affecting charitable contributions—the revised Pease amendment—would have a negligible impact on donations can’t be swallowed by diocese spokespersons. Indications that higher tax rates for the top one percent of taxpayers could actually spur increased charitable giving aren’t finding traction since they contradict the charitable coalition’s narrative of standing shoulder-to-shoulder with the very rich.

If you don’t care to rely on our judgment that charitable giving won’t be harmed in the cliff deal, look to the Urban Institute, which estimates that charitable giving will actually increase by $3.3 billion, or 1.3 percent beyond the previous year, as a result of the provisions of the cliff deal—especially the increase in the top marginal tax rate.

Something has happened to Catholic Charities and perhaps much of the nonprofit and religious sector in general. In the past, Catholic Charities—and particularly the Campaign for Human Development—was stalwart in advocating for the poor. Now, even with evidence that the wealthy have barely been touched in the fiscal cliff deal and that charitable giving will even increase, Catholic spokespersons and nonprofit leaders seem to be beside themselves fretting about the top one percent of wealthy Americans. It is a topsy-turvy world when religious and secular charities are aligning themselves with the economic priorities of the superwealthy.—Rick Cohen