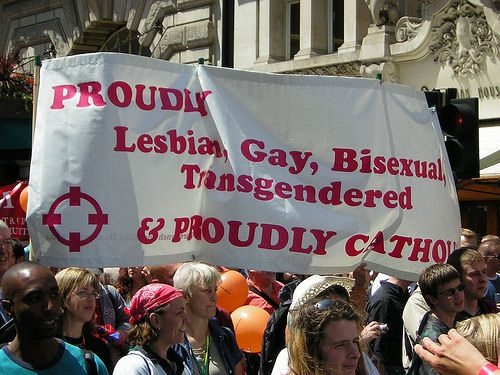 It’s always difficult for an established organization to examine its long-standing tradition and policy. To do so with a large degree of publicity is even more complicated and stressful. The Catholic Church’s recent 2014 Synod on the Family, a meeting of the Church’s bishops held in Rome, demonstrates the opportunities and pitfalls of metaphorically having the world looking over an organization’s shoulder while it’s deliberating. Discussing controversial issues like the role of gay people and gay unions in the Church and the Church’s relationship to divorced and civilly remarried Catholics ensured that every statement and voice inflection would be scrutinized for clues.

NPQ has reported on the Vatican’s desire to address the Catholic Church’s teachings related to the family, including an essay-format questionnaire distributed to millions of Catholic leaders and lay people around the world last year. The 2014 “extraordinary general assembly” of the Synod of Bishops was designed as a “working session” to review materials developed to date (including the survey results) and develop a working paper to be prepared for the next regularly scheduled Synod. [Synods are held every two years, with the next scheduled for 2015.]

According to a report from the Catholic-oriented news site Aletia.com, the process of drafting both the interim and final report was prone to misunderstanding and incomplete communication. Some bishops objected strongly when the Vatican initially announced that the draft (interim) report would not be made public. The preparation of the draft report used extensive background information not available to synod participants (or the public), and it wasn’t clear that the more than 700 technical changes to the interim report would be ready in time for participants to vote on the final report at the end of the synod last Saturday.

In an interview with ABC News, Archbishop Timothy Dolan refers to the 2014 session as an “antipasto synod” designed to “set the table” for an ongoing conversation. Dolan describes Pope Francis’s frequent use of the term “accompaniment” to describe the desired role of the Church in people’s lives. Dolan says the Pope is seeking a middle ground between Church progressives on the one hand who desire to expand the Church’s recognition of nontraditional relationships (same-sex relationships, heterosexual relationships without marriage, and those who have divorced and remarried “outside the Church”) and conservatives (especially African bishops) who champion the Church’s traditional teachings on marriage and family relationships as the basis for understanding God and humanity’s role in the world.

Some see the Vatican’s willingness to have a foundational conversation about the family and family relationships as movement away from traditional dogma, while others point to the many paragraphs in the Synod’s final report that reaffirm traditional Catholic tenets. Some point to the demotion of Cardinal Burke as evidence of the disfavor of the Pope for traditionalists, while others see the addition of two traditionalist cardinals to the drafting committee for the Synod’s final report as a sign that the interim draft went too far and correction was needed.

For centuries, the Vatican has been known as a place where political intrigue has been raised to an intricate art form. How much of the debate is theater and how much is substantive? Only the insiders know for sure. The conversation, debate, lobbying, and analysis of each viewpoint and pronouncement will continue for some time to come. In a very fundamental way, the purpose of the debate is to influence the viewpoint and actions of one person—Pope Francis—as he leads the world’s 1.2 billion Catholics.—Michael Wyland