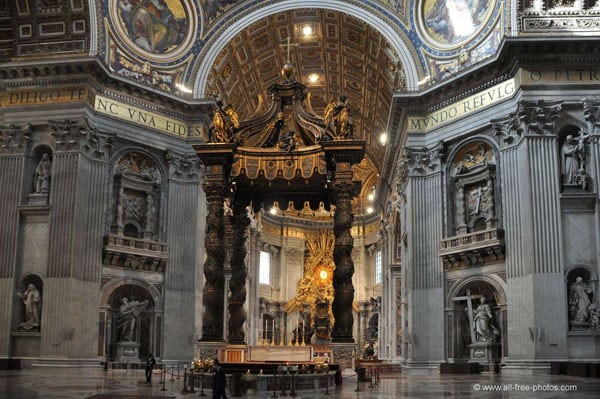 Last week, NPQ reported on the controversy surrounding a former Vatican ambassador releasing an unprecedented public letter that alleged Popes Francis and Benedict and other top clerics knew about the sexual misconduct by former Washington DC archbishop Cardinal Theodore McCarrick and then protected him. Cardinal Donald Wuerl, who replaced McCarrick, was one of the top embattled clerics named in the seditious letter. Wuerl was also named in the grand jury report on sexual abuse by priests in six Pennsylvania dioceses for allegedly being involved in the cover-up while serving as bishop in Pittsburgh. Pope Francis reportedly advised Wuerl during a personal meeting in Rome last Thursday to return to the US and consult with his priests for advice and guidance.

Wuerl hosts an annual Labor Day picnic with his priests, but this year—because of the controversies swirling around him and the church—he sent a letter last week saying “this year is different. While we still need to come together in priestly solidarity, this time we do so not with the accent on joy but with the emphasis on prayer and support for one another. There is a very real sense of being overwhelmed,” he wrote in his invitation to his priests. “I would like us to simply share whatever our thoughts, our feelings, our sense of where we are as brothers bearing a cross together.”

The Post reports the priests were divided over whether the contrite Wuerl should earnestly resign, or stay because his “stature and experience” is needed to “move the church into a new phase.”

The sense from the meeting, the priest and others who spoke with clergy said, was that Wuerl would take his impressions back to Pope Francis, who would make a decision about the cardinal’s status in Washington.

Pope Francis is embracing silence while his church undergoes intense media scrutiny, investigations by attorneys general, and severe internal Church divisions. Wuerl is also taking his time to consider his options. This is exactly what not to do to manage crisis communications—only this is not a relatively minor scandal, like those the Wounded Warrior Project or Susan G. Komen endured. The Catholic Church has 1.3 billion members worldwide.

This is an agonizing time for the global Catholic Church. The world, let alone the church laity, is reeling from damning disclosures of sexual abuses committed by members of the clergy and the ongoing catastrophic failure of the church’s leadership to protect the church’s most vulnerable members. Amid the silence, there is anger, sorrow, fear, and a sense of helplessness. And, just as we witness daily in national politics, merely shifting the focus to Vatican intrigues only worsens an already unbearable scenario. The more the church tries to gracefully find its way out with apologies absent real transparency and responsibility, the more they are pulled back into their self-made and growing crisis. While options continue to narrow, the moral and spiritual rot inevitably infects every fiber of the institution. Seeking mere survival leaves only grief and the sinking feeling that there’s no escape from being the failed stewards of the church they are becoming.

Silence from the church is also exactly the wrong response after Pennsylvania Attorney General Josh Shapiro used the same word in the letter he sent the pope last month asking him to call on church leaders to “abandon their destructive efforts to silence the survivors” and stick to his plan of holding “clergy and bishops accountable when they abuse or fail to protect the children.”

A myth central to the church’s conception of itself is that change comes slowly. It’s a zero-sum game, in which correction comes only at the expense of infallibility. As much as we may appreciate his concern for the environment and the poor and marginalized, this moral statesman on the global stage must immediately give this crisis his total focus and be open to making radical corrections. Silence is not a luxury the pope can afford when cardinals and bishops are openly firing shots and accusations at him and at each other and 32,000 women sign a petition demanding answers. His letter to the church and his statements in Ireland are a minor start compared to what is needed to give a truly pastoral response for a church that is deeply wounded.

That President Trump just defended the pope’s handling of this crisis is not a good sign. That the New York and New Jersey attorneys general are issuing subpoenas, announcing task forces, and setting up victim hotlines to investigate allegations of clergy sexual abuse in their respective states, following the horrific Pennsylvania grand jury report released several weeks ago, is far worse.

“The Pennsylvania grand jury report shined a light on incredibly disturbing and depraved acts by Catholic clergy, assisted by a culture of secrecy and cover ups in the dioceses. Victims in New York deserve to be heard as well—and we are going to do everything in our power to bring them the justice they deserve,” Underwood said in a statement.

Attorneys general in Illinois, Missouri, and Nebraska just announced that they, too, intend to do the same. This should not come as a surprise to the Catholic Church after failing time and again to act immediately, sincerely, and with radical determination to make amends—if that is even possible, given its unfathomable crimes. Heaven help the Catholic Church if every state and perhaps other countries pile on and do the work the church should have done at the first indication many decades ago of institutional failure. The kind of change forced upon the Catholic Church may in time resemble more what Martin Luther wrought from without than what Francis of Assisi humbly attempted to recreate from within.—Jim Schaffer