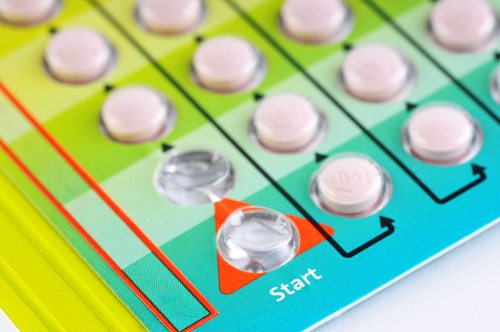 The U.S. Conference of Catholic Bishops (USCCB) is simply the cheerleader, but a total of 43 Catholic organizations and dioceses have gone to court against the federal government to challenge the Obama administration’s health reform mandate that employers provide health insurance plans that cover, as the Catholic News Agency’s reports it, “contraception, sterilization, and abortion-inducing drugs, even if doing so violates their consciences.”

To USCCB president Cardinal Timothy Dolan, this is “a compelling display of the unity of the Church in defense of religious liberty.”

The CNA says that the 43 plaintiffs, including hospitals, schools, and church agencies plus various dioceses, are part of 12 new lawsuits, joining 11 previously filed lawsuits challenging the contraception mandate. Among the plaintiffs filing against the cabinet secretaries Kathleen Sebelius (Health and Human Services), Hilda Solis (Labor), and Timothy Geithner (Treasury) are the Archdioceses of New York, St. Louis, and Washington, D.C., Catholic Charities organizations in several dioceses, the Catholic publishing group called Our Sunday Visitor, the Catholic University of America, and the University of Notre Dame.

Georgetown University, the nation’s first Catholic university, is not part of the lawsuit. Georgetown was subject to substantial criticism for inviting Secretary Sebelius to be a commencement speaker recently, a decision that Georgetown University President John DiGioia stood by as the school’s commitment to the free flow of ideas. That stance prompted William P. Blatty, the screenwriter for The Exorcist and a Georgetown graduate, to create the Father King Society to Make Georgetown Honest, Catholic, and Better and to file a canon lawsuit against the school for its failure to live up to the requirements of being a Catholic institution of higher education.

To some religious leaders, the administration’s decision to allow churches and other houses of worship to opt out of contraception coverage, and the administration’s offer to have insurers pay for the costs of birth control as opposed to religious institutions, were simply too narrowly defined. They argue that keeping the requirement for contraceptive coverage in place for religiously affiliated schools and hospitals could force them out of business, even though the Obama proposal would mean that even self-insured Catholic institutions wouldn’t have to pay a dime for women’s contraceptive coverage.

The Catholic leadership claims that the Obama administration isn’t listening to their concerns, while the Catholic plaintiffs seem to have eschewed the option of considering the no-cost-to-Catholics compromise floated by the administration. Thus, the plaintiffs seem as aggrieved by the general principle of health care reform covering women’s contraception as they are about the specific application of that policy to Catholic institutions. Since the Catholic institutions have an “out” on the table, some have questioned why they do not take it instead of litigating.

It seems a little political, given the timing of an election year. Speaking to CBS News, Cardinal Dolan contended that the White House is “strangling” the Catholic Church. Dolan is resisting both the classification of Catholic institutions exempted entirely from the mandate, which he sees as too narrow, and the administration’s position that Catholic charities, schools, and hospitals that employ numbers of non-Catholics should be required to offer health insurance. “We’re like, wait a minute, when did the government get in the business of defining for us the extent of our ministry?” Dolan says.

We might be wrong, but it seems like Cardinal Dolan’s stake in the ground isn’t simply the impact of the health policy on Catholic institutions. He and the Catholic institutional plaintiffs are taking up arms against the administration’s overall health care policy and its provisions that aim to protect the reproductive rights of women. Despite his personal criticism of Georgetown’s invitation to Sebelius, Dolan might need an exorcist to successfully argue against these basic elements of women’s access to health insurance coverage.—Rick Cohen