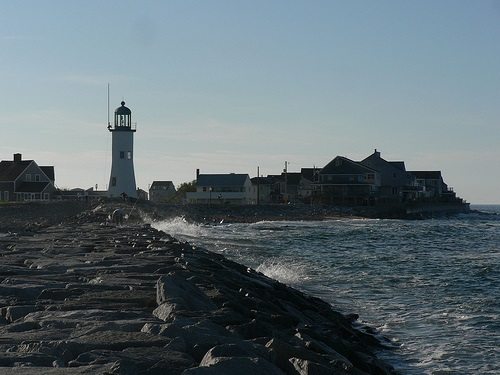 On the South Shore of Boston, parishioners at the St. Frances Xavier Cabrini Church in Scituate have staged a round-the-clock vigil to prevent the archdiocese from “repurposing” or selling the building. And this past Saturday, despite word that the Vatican’s highest court had denied their final appeal, they vowed to continue.

Jon Rogers, a member of Friends of St. Frances Xavier Cabrini, said they would not willingly give up their place. “They’re going to have to arrest us,” said Rogers. “But we would hope that…the time for real negotiations is at hand.”

The land is quite valuable. It is situated in a scenic seaside community very close to Scituate’s Egypt Beach, where half-acre lots with no buildings can sell for a half-million dollars. Rogers wants the archdiocese to sell the church building, parish center, and parking lot to the congregation, dispensing with or selling the additional 25 acres of property as they see fit.

Cardinal Sean O’Malley has not met with parishioners in about eight years, and even then, said Rogers, the tone of the meeting was “pleasantries and platitudes.” But, speaking for the Archdiocese, Terrence C. Donilon says that a sale to the congregation was not an option. “We’re not going to sell to them because what they want to do is not what a Catholic parish is,” Donilon said. “It’s just not going to happen.”

Apparently, the church has diverged from what a normal Catholic parish does, because in the absence of a priest, two women from the congregation take turns leading the devotions. One of the women is 79-year-old Barbara Nappa, a parishioner for 50 years, who says she is only doing what the church needs. “Jesus had so many women followers and apostles…it’s about time the women stepped up,” Nappa said. “We’re needed and we’re here.”

She adds, “But when I looked out and saw the faces of all the people wanting to hear the word of the Lord, I said, ‘I’m here.’ ”

Parishioner Nancy Fay, 52, was baptized at the church, attended its nursery school, and in 2011 held her mother’s funeral there. “I’ve lost a lot of my faith in the church of the archdiocese, but I haven’t lost my faith in God,” Fay said. “That’s why I still come here…. This just has soul, and it has meaning here. It’s not just a building.”—Ruth McCambridge