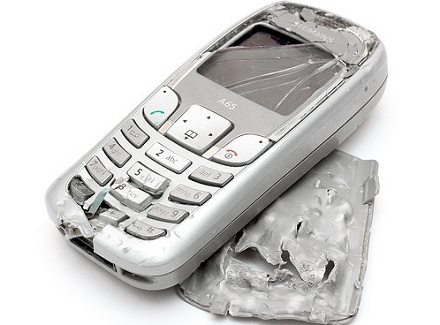 The nonprofit Cell Phones for Soldiers collects more than 100,000 cell phones for recycling monthly, with proceeds paying for cell phone minutes for those serving in Iraq and Afghanistan. The idea came about one morning in 2004 when two Norwell, Mass. seventh graders, siblings Brittany and Robbie Bergquist, caught a news feature about a Natick, Mass. soldier who had racked up a $7,500 cell phone bill calling home from the Iraqi warfront. The kids sprang into action that day and exhorted schoolmates to fork over their snack money to help pay for the soldier’s bill. They didn’t collect enough to buy so much as a few Extra Value meals at McDonalds, but they returned home and the Bergquist family, parents Bob and Gail included, dreamed up a venture to provide American soldiers in Iraq and Afghanistan with cell phones with prepaid minutes.

The original Cell Phones for Soldiers plan—to mail phones to soldiers abroad—fell flat after the Pentagon nixed the notion because of safety issues. Fearless and enterprising, the Bergquists soon discovered a workable strategy to collect discarded cell phones, sell them to a recycler, and use the resulting funds to purchase cell phone minutes for soldiers at base phone banks. The younger Bergquists were instant media darlings, and over the next eight years, their pet project produced astounding numbers; Cell Phones for Soldiers has become a multi-million dollar nonprofit serving 600,000 soldiers annually. To date, it has provided over 150 million minutes of talk time paid for by the recycling of over 10 million cell phones and corporate donations, with approximately 100,000 more used phones collected every month.

Bob and Gail are now planning to retire from long teaching careers to run Cell Phones for Soldiers on a full-time basis. Their kids have flown the nest and are contemplating post-graduate careers in nonprofit management. Hemmed in by news vans, classmates initially teased the young entrepreneurs as the “cell phone kids”, and now, as public figures, they have to watch what they say via social media and the world at large. But they don’t plan to stand down as the troops in Iraq and Afghanistan are returning. Instead, they hope to launch a venture this summer that they are calling “Helping Heroes Home,” which will connect returning soldiers—particularly those with injuries or those suffering from post-traumatic stress disorder—with free phone access. Bob Bergquist says, “We just want to make sure we still care for them after they come home…they’re still our heroes, even if they’re not on foreign soil.” The Bergquists have $180,000 in seed money for the new venture from AT&T. Nonprofit Quarterly wishes the Bergquist family good luck with their second act in serving the nation’s soldiers, this time on the home front. –Louis Altman