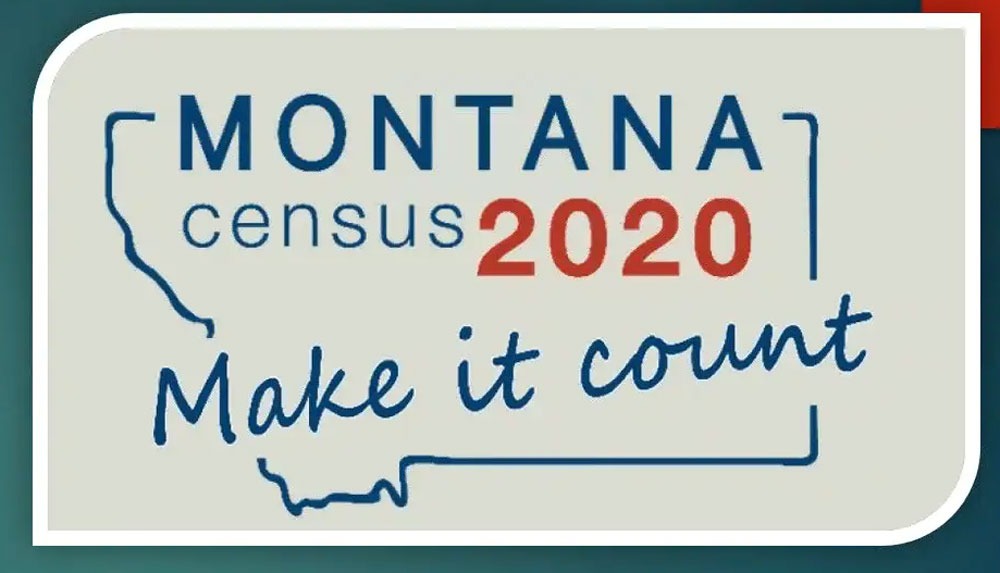 The last-minute decision by the US Census Bureau to shorten the 2020 census data collection period by a full month strikes at two of the most significant social justice issues of the day: representation and resources. While the shortened timeframe almost certainly creates challenges in every corner of the nation, the impact in some communities will be especially damaging.

Take my home state of Montana. When Montana’s COVID-related shutdown went into effect on March 26th, the coalition of nonprofits, state and federal partners, and others working to get out a complete census count knew immediately that Montana would experience more devastating effects than many other states.

Why? What makes shortening the census response timeline more catastrophic in some places than others? The answer comes down to the role of door-to-door contact in the enumeration process.

In some communities, and with some groups, there is an increased likelihood that a visit to the household will be necessary, whether to drop off the census form or support household residents in completing the form. The Census Bureau plans for this. They rely on two strategies called “update leave” and “nonresponse follow-up”—or door knocking—to gain a complete count.

And here’s where it gets tough for rural states like Montana: Most households in the nation received their census forms by mail sometime in the first two weeks of March—before the pandemic really took hold across the country. But some households did not receive their forms because the Bureau does not mail to post-office boxes, only to city-style street addresses. For households that only receive their mail via a P.O. box, the census form is rubber-banded to the front door of the household with a request to complete the form. (This is what the Bureau calls “update leave.”)

Nationally, about five percent of households get their forms dropped off at their front door in this way. In Montana, it is 20 percent. This means one-fifth of Montana’s households situated in the most remote parts of the state, including those living on the lands governed by seven tribal nations, require front-door delivery to receive their personalized census form.

Update leave had barely begun when Montana’s stay-at-home order was put into place on March 26th. And although most of Montana has opened back up, some American Indian nations in Montana have not reopened even today, due to the higher-than-average rates of the novel coronavirus in their communities.

The confounding factors of COVID-19 and the high rate of P.O. box addresses are such that, while the national census response rate is more than 63 percent, the tracts located entirely or almost entirely within the external boundaries of two tribal nations in Montana—Crow and Northern Cheyenne—currently have less than a 10-percent response rate. Other tribal nations report response rates that range from 17 to 40 percent, significantly below the state average of 56.8 percent.

Another wrinkle for rural communities is the digital divide. During the stay-at-home order, households across the nation were encouraged to go ahead and complete their census form online—even without the unique identifier which would have been on their form had it been delivered. However, many rural communities lack access to broadband. According to the 2016 American Community Survey (ACS), almost 21 percent of Montana’s households lack internet service. Other rural states have similar challenges.

Knowing this would be a factor, Montana and many other rural states spent more than a year developing extensive plans for census activities and events, including presence at county fairs, making iPads available in health clinic waiting rooms, using hotspots at local libraries, and more. All of this was interrupted once stay-at-home orders were in place.

Those of us working on the census might compare the momentum leading up to mid-March when the online response portal opened to boarding a plane and taxiing down the runway, only return to the gate without lifting off. Once the stay-at-home order was rescinded, we relaunched, but we couldn’t just pick up where we were. We had to start back at the beginning of the runway—a runway that has now been significantly shortened with the change in reporting deadlines.

In Montana, as in many rural communities, we need time to rebuild awareness, figure out safe options for door-to-door visits, and hire trusted local organizers to get the job done. We need time for enumerators to visit the more than 40 percent of Montana households who have not yet responded. This is a huge undertaking in the fourth-largest state in the country.

A look at this map, made available by the Center for Urban Research at the City University of New York on its “Hard to Count” website, makes clear the variation in response rates. States in the Midwest, such as Michigan, Wisconsin, Iowa, and Minnesota, are in the highest tier (68 to 74 percent). Most urban states are in the next tier of above-62-percent response rates, although a few, like New York, are in the same tier as Montana. Lowest of all are Alaska (49.8 percent as of August 7th), New Mexico (53.4 percent), West Virginia (54.8 percent), and Maine (55.4 percent).

However, even in metropolitan areas, whole groups are now at increased risk for being undercounted, under-resourced, and underrepresented. Even in the 2010 census, which did not have the pandemic-related challenges we have this time around, both Black Americans and immigrants were undercounted. Because census data impacts an estimated $1.5 trillion in annual federal spending, as well as congressional and state legislature district maps, even small counting errors have major consequences.

In a statement made on August 3rd detailing the new response deadline, the Bureau pointed to the December 31st statutory deadline as the impetus for acceleration. This is puzzling because the Bureau itself previously indicated that it would need until April 30, 2021, to complete its work. What changed? There is no evidence that data collection has been easier than anticipated.

What is clear is that for an accurate count to occur on the accelerated timeline requires hiring more enumerators. How the Bureau will do that quickly, especially when COVID-19 cases are still growing, is not clear. If history is any guide, hiring for federal census positions will be excruciatingly slow—particularly in indigenous communities, which were the most undercounted in the 2010 census.

The bottom line is that whole groups of people stand to be left out, completely invisible and without political representation, if the new timeline stands. Across the nation, these are often the same people who already face the greatest barriers to resources and representation: young children, populations with low income, households where English is a second language, highly mobile or transitory populations such as people moving between households, communities of color, indigenous communities, and rural communities.

The Tableau Foundation has partnered with Headwaters Economics to offer an up-to-the-minute map of response rates for communities of color and indigenous communities, a highly effective visual for the hardest-to-count communities in the nation. Individuals in these locations will lose the most with the new response deadline. And in many cases, they are the same groups of people already disproportionately impacted by COVID-19.

The December 31, 2020, statutory deadline for apportionment counts is set by Congress, so any change to that deadline will require congressional action. As noted above, the Bureau requested an extension of the apportionment count to April 2021. In May, the request passed the Democratic-controlled House in their proposed coronavirus relief bill, but the request stalled in the Senate last week. The hurry-up approach rolled out by the Bureau last week is a direct response to stalled efforts.

Can the outcome be changed? Perhaps, but only with urgent intervention. Nonprofits must use every tool at hand to engage with governments and private sector partners now to bring pressure on Congress to extend the deadline for apportionment counts to April 2021. Find out where your congressional delegation stands on the issue. Make sure they are monitoring the Census 2020 response rates for your community. Understand and convey the economic reality of an undercount to local government officials, businesses, philanthropists, and others who can join you in advocacy.

So many problems will be made worse with an undercount, and so many solutions made better with a fair, accurate, and complete count, especially in the months ahead as we contend with the long-term ramifications of COVID-19.

Now it’s time for all of us to lift up our collective voice to ensure every person in our communities participate in one of the most fundamental actions of our society: that of being counted. Together, despite the challenges we face, we can still make this happen.

Liz Moore is executive director of the Montana Nonprofit Association.

More about: Census BureauVoices from the Field