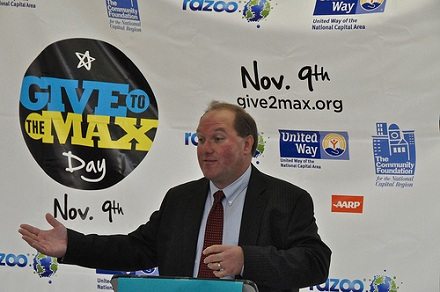 Founded by investigative journalism icon Chuck Lewis, the Center for Public Integrity is one of the most respected entities in the world of nonprofit journalism. The latest issue of the Columbia Journalism Review (CJR), however, contains an article about John Solomon’s relationship with the Center and the disappointing results of their business dealings. Solomon used to be the executive editor of the Washington Times, the arch-conservative newspaper funded for a long time by the Unification Church of Rev. Sun Myung Moon. Solomon’s strategy was to put some bigtime razzle-dazzle into the Moonie paper, but that ended in the firing of much of the paper’s leadership and Solomon’s resignation.

According to Mariah Blake’s article in CJR, after the Times implosion, Solomon landed a six-month contract with the Center for Public Integrity and Solomon pitched a plan to remake the Center into “a daily destination that served up rapid-fire investigations on a variety of platforms,” an entrepreneurial vision for the Center that attracted its director, Bill Buzenberg. Solomon’s plan included estimates of annual gross revenues of $16.4 million.

The Center brought in the nonprofit consulting firm the Bridgespan Group to “vet” Solomon’s plan, and Solomon struck a deal to merge the Center with the Huffington Post’s Investigative Fund. Bridgespan liked the Solomon plan, the Center’s board liked the relationship with the Huffington Post, and Solomon’s plan—labeled “Center 2.0”—won the CPI board’s approval. Included in Center 2.0 was a plan to sell NPR-style memberships at $50 to 50,000 subscribers for access to a premium platform.

Solomon’s online version of the Center, called iWatch, was announced in April of 2011 and the Center began generating more and faster stories, though not in the numbers that Solomon’s plan had targeted. Solomon got into a conflict with other Center staff over a Center investigation of a black market in bluefin tuna. Then, abruptly, Solomon resigned.

Blake devotes much of her article to Solomon’s battles with the Center staff over the bluefin tuna series, but she notes that his business plan was falling apart at about the time he resigned. She reports that, “since Solomon’s departure, the Center’s traffic has plummeted from its peak of some 1.1 million pageviews a month to roughly 300,000, about what it was before the redesign.” She adds, “during Solomon’s tenure the site had been set to refresh every 5 minutes, which artificially inflated pageview numbers. When the refresh feature was rolled back, traffic dropped.” The projected revenues from the merger with the Huffington Post and various advertising sources never materialized either.

Without Solomon, the Center is retrenching, as iWatch and the premium membership program are being phased out. As of December, the Center showed a $2 million budget gap and had tapped $1.4 million of its reserves. According to Blake’s reporting, it lost some foundation support in the process.

Taking Blake’s article at face value and without commenting on the pros and cons of the bluefin tuna article brouhaha, there are several interesting aspects of this saga. Did people at the Center latch on to Solomon’s multimedia reinvention of the Center due to his entrepreneurial energy without fully assessing what might have been some of the shortcomings? How did the board of the Center and its Bridgespan Group consultants overshoot the economic and readership numbers by such a wide margin? Publishing is a very quirky business right now and many such experiments will misfire. The rest of us can learn from them but the losses incurred can in the meantime rock and risk some critical institutions in our midst.