Chair of Senate Judiciary Committee: “Why are we Using Federal Dollars on Pot Enforcement?” 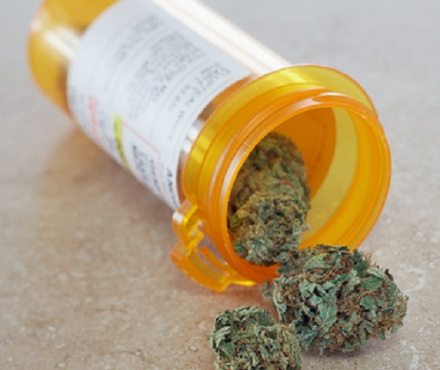 At a moment when every public penny counts, the Justice Department is still inexplicably overriding states on the enforcement of marijuana laws. But now Patrick Leahy, the chairman of the Senate Judiciary Committee says he’s about done with the lack of answers from the feds about why this is so darn important to them.

Attorney General Eric Holder, who recently took on the more thorny issue of minimum mandatory sentences and expanding prison populations has been promising for some months that the Justice Department is studying the question of enforcement in states where use is now legal. And this makes sense because this country’s treatment of drug offenses are a big part of the prison feeder system. But the Office of National Drug Control Policy did not even bother to respond to Leahy’s questions posed in the following letter dated December 2 of last year.

Last month, voters in Colorado and Washington chose to legalize personal use of up to one ounce of marijuana and to enact licensing schemes for cultivation and distribution of the drug. As the states move to implement these new laws, marijuana remains a Schedule I controlled substance according to the Federal Government. Production, distribution, and possession of the drug are Federal criminal offenses punishable by imprisonment.

The Senate Judiciary Committee has a significant interest in the effect of these developments on Federal drug control policy. How does the Office of National Drug Control Policy intend to prioritize Federal resources, and what recommendations are you making to the Department of Justice and other agencies in light of the choice by citizens of Colorado and Washington to legalize personal use of small amounts of marijuana? What assurance can and will the administration give to state officials involved in the licensing of marijuana retailers that they will not face Federal criminal penalties for carrying out duties assigned to them under state law?

Legislative options exist to resolve the differences between Federal and state law in this area and end the uncertainty that residents of Colorado and Washington now face. One option would be to amend the Federal Controlled Substances Act to allow possession of up to one ounce of marijuana, at least in jurisdictions where it is legal under state law. In order to give these options full consideration, the Committee needs to understand how the administration intends to respond to the decision of the voters in Colorado and Washington. I look forward to hearing your thoughts on this matter.

Leahy said in an interview with NPQ that “to waste time on going after simple marijuana cases in states where it’s either been legalized, or legalized for medical uses, seems like a bad use of our limited law enforcement dollars.” He added that the enforcement efforts are disrespectful of the states. “It is a state and federal conflict,” he pointed out, “and it’s one we don’t need.” –Ruth McCambridge