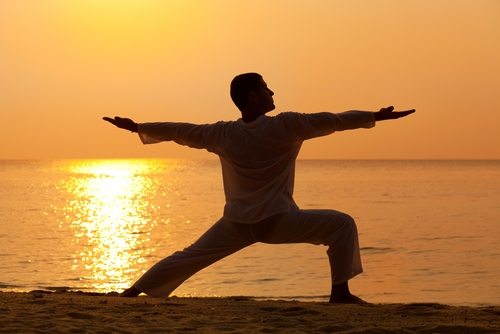 One always sympathizes with the challenges of nonprofits that have to do the hard work of educating state and federal lawmakers about the nonprofit sector. Several states are debating how to identify and categorize charitable entities for the purposes of qualifying for property tax exemptions or establishing other standards for nonprofits. Last year, New Hampshire was contemplating requiring biennial management training for nonprofit board chairs, Delaware considered new regulations on charitable solicitations, Florida tried to come up with some regulations on people claiming to represent veterans organizations, and California had to address potential legislation to establish uniform charity care standards for nonprofit hospitals. Other states are trying (or should be) to figure out what they are giving away to for-profit developers in the name of tax incentives, estimated to cost state and local governments $40-$50 billion a year, and considering programs to evaluate whether their tax incentives to corporations pay off or not.

These are complex issues, demanding a lot of deep analysis on the part of the legislators who might have to make these determinations. They’re tough for nonprofits as well, requiring analysis of the implications of different legislative proposals, some good, some not so good for nonprofits. One would hope that the legislators that nonprofits have to lobby are up to the challenge of addressing these complex issues, and many certainly are.

Other legislators do things that make you wonder if they’re really up to the challenge. NPQ discussed some of the problematic aspects of this question in our review of state legislators behaving badly, but we had to take notice of Montana state representative David Moore’s proposal. In August, there was a “Bare as You Dare” bike ride in Missoula, a three-mile ride organized by Nita Maddux, similar to other “Bare As You Dare” rides in Seattle and Portland.

To Maddux, Missoula’s “Bare As You Dare” ride was a statement of self-expression. “See the allegory of being naked as being authentic,” Maddux said. “Missoula doesn’t do gay pride; it doesn’t do a lot of different things. This is sort of all of that wrapped up into one, saying, ‘Come out as you are, as exactly as you are.’ I have cellulite. I don’t look perfect; who cares?’”

State legislator Moore cared. Assisted by retired professor Walt Hill, the Republican Moore drafted and introduced HB 365 to alter Montana’s law against indecent exposure. “Bare As You Dare” was just the beginning for Moore. His bill, according to the Associated Press, “would expand [the] indecent exposure law to include any nipple exposure, including men’s, and any garment that ‘gives the appearance or simulates’ a person’s buttocks, genitals, pelvic area or female nipple.” Moore explained that “tight-fitting beige clothing” could be classified as indecent and said he advocates including yoga pants in the indecent category. “I want Montana to be known as a decent state where people can live within the security of laws and protect their children and associates from degrading and indecent practices,” Professor Hill added.

This week, members of the state’s House Judiciary Committee giggled a great deal and voted unanimously without debate to table Moore’s bill.

Although Moore’s stance on the indecency of yoga pants might seem comical, he is one of the decision makers Montana nonprofits have to deal with on a number of political issues. According to his Vote Smart profile, Moore got only an eight percent rating from the Montana Environmental Information Center in 2014 and 14 percent rating from Montana Conservation Voters in 2013, voted in 2013 to authorize tax credits for private school scholarship donations, voted in favor of expanding Medicaid eligibility, supported disclosure of expenditure reports by political action committees, favored exempting religious organizations from campaign finance reporting requirements, and voted in support of public charter schools. The reality is that legislators like Moore who may seem ludicrous for their concerns about sexy yoga pants are among the elected decision-makers who must be lobbied on issues of critical importance to nonprofits.