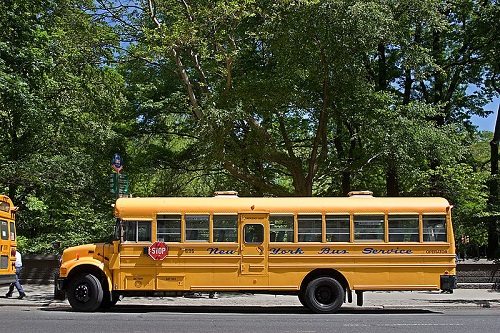 David Jones of the Community Service Society (CSS) of New York, one of the nation’s oldest human service charities, has a stunning op-ed in the Huffington Post that should be a wake-up call about inequities in elite education. [Full disclosure: Jones was chairman of the board at the National Committee for Responsive Philanthropy when this author was executive director at NCRP.] He writes about “the grossest forms of racism and economic discrimination that take place in the ‘elite’ parts of New York City’s public education system, running the gamut from the ‘gifted and talented’ kindergarten programs which systematically exclude black and Latino four-year-olds to the elite public high schools such as Stuyvesant where, in a student body of 3,300 young people, only 40 are African-American.”

How does this happen? Jones explains, “the disparate admissions of blacks and Latinos are driven by the use of a single exam that has never been validated as predicting success in school. No other factors are allowed to count. Teacher assessments, academic achievement (far-fetched for a 4-year-old), or the fact you come from an economically distressed household or community – none of these matters.”

How do these test scores lead to disparate results that are so unbelievably extreme? More affluent families can stick their kids into “test prep” courses. Remember the test prep courses to get your kids prepared for the SATs and GMATs? Now they offer test prep all the way down to the level of training four-year-old kids to take the “gifted and talented test”—at a cost of $1,350 or so, according to CSS staff. Preparation courses for specialized high school admissions tests can cost $1,500 or more. Jones writes, “these test preps aren’t shown to make students any smarter; they just help them to score higher on the tests.”

The results are all too telling. For New York City’s “gifted and talented” program of elite kindergartens, 29 percent of the pupils are black or Latino even though they comprise two-thirds of the city’s overall elementary school population. For the city’s eight specialized high schools, out of 5,229 students admitted this year, only 618 were black or Latino—a decline of 16 percent from the previous year.

This is an obvious example of what we have referred to in the NPQ Newswire as structural racism—the imposition of ostensibly race-neutral policies that lead to hugely racially disparate results. These results shouldn’t be whisked under the carpet by arguments like New York City Mayor Michael Bloomberg’s defense, if you can call it that, that life isn’t fair. It’s no surprise that CSS joined with the NAACP Legal Defense and Education Fund, the Puerto Rican Legal Defense and Education Fund, the Center for Law and Social Justice at Medgar Evers College, and other groups to file a complaint with the U.S. Department of Education’s Office of Civil rights challenging the use of a single, unvalidated test to decide who gets it and who gets left out of New York City’s elite education programs.

Jones makes the point that this situation is both racially discriminatory and, with the issue of the cost of test prep programs, economically discriminatory. Welcome to the world of high-stakes testing to determine the futures of children in public schools. The testing-focused innovations of elite education reformers are leading to perverse, appalling results. Fortunately, some nonprofits, such as CSS, are ready to present a challenge. —Rick Cohen