Charitable Tax Deduction Tied to Changing Role of US Charities 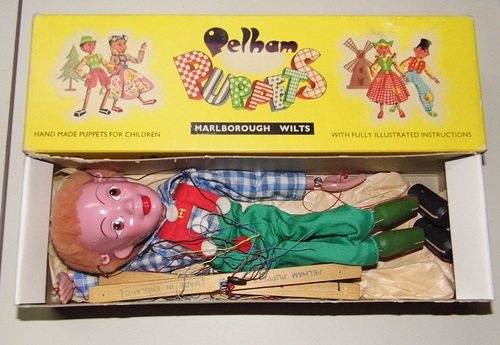 James Piereson, president of the William E. Simon Foundation and a senior fellow at  the conservative Manhattan Institute, wrote a provocative op-ed piece for the Wall Street Journal titled “How Big Government Co-Opted Charities.” His thesis is that the federal government has pursued national social policy through outsourcing grants to nonprofit organizations, rather than building governmental structures to administer programs and provide services. “In the past 50 years, federal spending has exploded 36-fold, to about $3.6 trillion in 2012 from $100 billion in 1962. Meantime, the number of federal civilian employees has expanded modestly in comparison—to 2.8 million in 2011 from 2.5 million in 1962,” Piereson writes. In the process, nonprofits and charities have become so dependent on government support that they have lost autonomy in their missions and have become agents of government-directed policy rather than private sector alternatives to governmental action.

Piereson cites the annual Giving USA Foundation study’s conclusion that about one-third of all revenue to nonprofits comes from government. The examples he uses are varied, from research universities and major hospital systems to Catholic Charities and Planned Parenthood. Many of these large, well known organizations pursue valuable and beneficial work with major government grant support.

As notable as Piereson’s examples are, he could have cited more. Giving USA’s study identifies nonprofit revenue in the U.S. being sourced roughly in thirds, with one-third from government, one-third from philanthropic gifts, and one-third in fees for service. The fees for service (overwhelmingly to hospitals and universities) are often paid, either directly or indirectly, by government through programs like Medicare, Medicaid, and student loan supports. In addition, Piereson does not include in the list of organizations receiving government grant support the Head Start agencies, community mental health centers, etc., that are incorporated as charities yet receive almost all their funding through federal grants.

There are several problems that accompany this explosion in federal funding of nonprofit activity. As any nonprofit leader (or for-profit business owner, for that matter) knows, diversity in revenue sources builds capacity and autonomy. When an organization becomes dependent on a single funding source, its leadership finds itself constrained by that funder’s vision, mission, and methodologies rather than being free to chart their own course. Big money is seductive in its appeal, especially when the money appears to be mission-aligned and benevolent. It’s often only later, with the regulations about contracting practices and board composition or the “guidance” from a donor for the nonprofit to “modify” its activities, that the organization realizes the control they’ve lost and the price they’ve paid for the big money.

Piereson also doesn’t mention the potential harm done to the employees and contractors funded by the government support provided to nonprofit agencies. Rather than being afforded the job security, (generally) dependable salaries and salary increases, fringe benefits, and career path offered in the federal civil service, employees of nonprofits and charities often receive less, especially for positions requiring advanced education and/or certification. Many of these private sector workers lack union protections and their employment is “at will,” uncertain, dependent on continued federal funding and continuity in grant-funded program designs. Federal grant budget applications for personnel funding are prepared by nonprofits based on often less generous private sector compensation norms, with pressure on applicants to demonstrate service units delivered rather than competitive salaries and stable workforces.

Since the role of charities has changed, according to Piereson, the question of the tax deduction for charities should be subject to fresh analysis. If government funding to charities through grants and appropriations has increased significantly in recent years (he cites a Chronicle of Philanthropy report that government support of social service and nonacademic research institutions increased by 77 percent between 2000 and 2010), do they still need the “tax expenditure” associated with the charitable gift deduction on top of that increase? If government funding influences charitable missions, what role do donors play through their involvement and their gifts?

Piereson asks some thoughtful questions that deserve exploration by nonprofit sector professionals regardless of the fate of the charitable tax deduction.—Michael Wyland

More about: Electoral and Lobbying