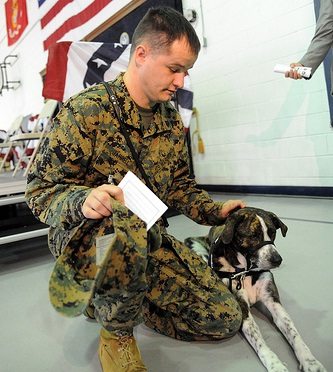 There is a sharp line between working with vulnerable people to educate others on their cause, and crassly exploiting them for fundraising purposes. In this case, the Defense Department inspector general recently released a report about the Marine Wounded Warrior Battalion at Camp Lejeune, N.C. wherein the behavior of charitable groups visiting the unit was cited for helping to create a “petting zoo” atmosphere at times. The unit was one of two established in 2007 to help integrate the various services needed by returning Marines. When the Government Accountability Office (GAO) visited in September of 2010, there were 194 marines at Camp Lejeune.

Though overall the management and staff were seen to be operating well, the camp was having problems with charitable groups that, as the Defense Department inspector general’s report notes, “sometimes do not have the best interests of Warriors at heart.” The report mentioned that a few of the “charitable” agencies “had expressed disappointment that TBI—traumatic brain injury—patients did not ‘look the part.’”

This Washington Post article goes on to state, “Some organizations would call in ‘looking for visibly wounded Marines (burn victims, amputees) to participate in their events.’ Some Marines complained to the GAO about ‘the petting zoo environment created when certain non-profit agencies came to visit.’”

NPQ would love to hear from its readers about these kinds of situations. Where is the ethical line that should be drawn? –Ruth McCambridge