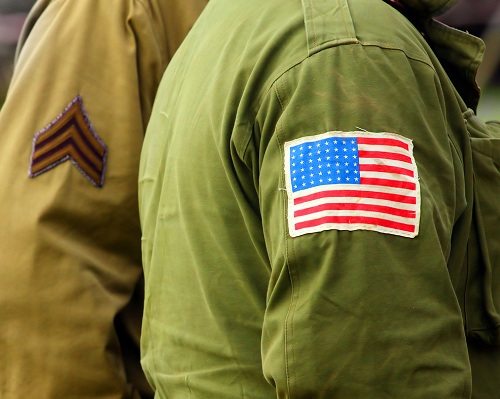 The U.S. is having trouble with its services for veterans, as you’ve probably noticed if you’ve seen NPQ’s coverage of veterans’ charities such as Allied Veterans, the U.S. Navy Veterans Association, and the Wounded Warriors Project, not to mention the freefall of the Department Veterans Affairs (VA). USA TODAY reports that veterans are seeking assistance from charities in record numbers, a situation which must only be exacerbated by the interminable problems with getting timely assistance from the VA.

In light of cases of “charities” cheating people out of money in the name of veterans, Florida Sate Sen. Charlie Dean (R-Inverness) has filed SB 390, which would allow veterans’ groups to bring lawsuits against other veterans’ charities in civil court if they believe a charity does not “operate primarily for the financial benefit and moral support of veterans and their families.” According to TCPalm writer Eve Samples, the bill’s language is such that the “burden of proof would be on the accused charity.” Such an arrangement could be problematic, however, as one imagines that disreputable charities might be just as active as good charities in challenging groups serving veterans.

It seems the U.S. is not alone in its desire for better performance from veterans’ charities, as evidenced by a story in the South Wales Argus concerning health services for British veterans. The Royal British Legion, Combat Stress, and the Soldiers, Sailors, Airmen and Families Association (SSAFA) have joined to call on the Welsh government to do some stronger oversight on charities assisting veterans.

SSAFA caseworker Denzil Connick, who lost a leg in the Falklands conflict and suffers from post-traumatic stress disorder, described the charities as “very hit and miss for veterans looking for help, a bit of a lottery.” A House of Commons Welsh Affairs Select Committee report not long ago indicated that, in the Argus’ phrasing, “many organisations are not offering clinically robust treatments, with some not approved by NICE (the National Institute for Clincial Excellence, the UK’s treatments standards body), the NHS or the Government.” The Argus also suggests that veterans’ groups hope to see more robust government funding so that they can actually provide the level and quality of services that veterans need.

In the U.K. as well as in the U.S., these burgeoning service demands are attributed to an increase in needs related to those returning from wars in Afghanistan and Iraq. As such, the issue isn’t just a problem of bad charities scamming money from donors. It is an issue of veterans being cheated out of the government assistance they need and deserve as a result of their service in these two wars. Regardless of the nation, it’s time for the practice of cheating veterans out of help—be it charitable help or governmental help—to end.—Rick Cohen