Charity Hit by Fiscal Cliff? You’ll Need a Microscope to See It 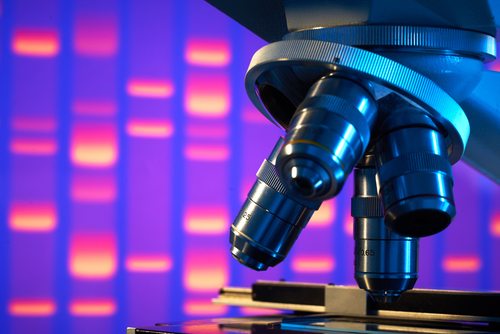 Writing for Forbes, the Manhattan Institute’s Howard Husock states that charity took “a hit” in the fiscal cliff deal. He describes the “independent sector” (referring not to the organization, but to the nonprofit sector) as among the losers in the bill because of the reinstatement of the Pease Amendment, an entirely obscure Clinton-era tax provision that reduces the amount of a taxpayer’s itemized deductions by three percent of the difference between a taxpayer’s income and a threshold number; in the fiscal cliff bill, this applies to individuals earning $250,000 or more and married couples filing jointly that earn $300,000 or more. Husock overstates the issue by arguing that the tax law provision will “curtail” or “inhibit charitable giving… because such donations will now have to compete for deductibility against such things as state and local taxes, which households have no choice but to pay.”

Husock is a good analyst from the conservative point of view, but his analysis here is a little skewed and seems to conflate some issues. First, in terms of impact on charitable giving, the Pease Amendment simply reduces—by a very tiny proportion—a taxpayer’s itemized deductions with no reduction in the taxpayer’s marginal tax rate. For a very wealthy donor, that tax rate in the cliff deal rises to 39.6 percent. Remember that President Obama’s proposal was to cap the rate for deductions at 28 percent. The cliff deal with the Pease amendment simply reduces the value of itemized deductions for wealthy people by a tiny bit, but doesn’t reduce the rate for valuing the deductions. As a result, it constitutes a much smaller “hit” on charitable giving than the 28 percent cap—which, by most accounts, would only have reduced charitable giving by, at most, one to three percent.

We don’t get Husock’s point about charitable donations competing with state and local taxes (and presumably other deductions, such as mortgage interest). Had the nation entertained the proposal floated by Republican presidential candidate Mitt Romney of setting an absolute dollar value limit on the total amount of deductions a taxpayer could claim, then Husock’s point about charitable donations competing with other deductions would be accurate. Under the Pease amendment, they aren’t competing to get in. Instead, all deductions (minus a couple that are exempted from Pease coverage) are subject to a very minor percentage reduction.

In the example Husock cites for a Pease calculation, a couple earning $400,000 would find the value of its itemized deductions reduced by all of $3,000. The calculation is $400,000 minus the $300,000 Pease threshold, multiplied by three percent. That’s a pretty minute “hit,” hardly comparable to what the couple would have faced with an Obama 28 percent cap or a Romney overall deduction limit of $25,000 or $50,000 (the two potential cap amounts that were floated during the 2012 campaign).

Rather than being concerned about the financial impact of the Pease change, if we were to adopt Husock’s thinking, we might be concerned that, in the fiscal cliff deal, Congress treated the charitable deduction (and the mortgage interest deduction) as less than sacrosanct. It isn’t the first time, since the Pease amendment dates back to the Clinton administration, but nonprofits might want to be wary of comprehensive tax reform and whether an effort to simplify taxes and close loopholes might envelop charitable incentives of one sort or another.

The other concern that Husock has is that the fiscal cliff raises the tax rate of top income earners to 39.6 percent. That’s the rate that will apply to the very tiny sliver of single taxpayers earning more than $400,000 and married couples earning more than $450,000. He cites Diana Aviv of Independent Sector, who questions whether the combination of the Pease amendment and the increase in the tax rate for the very wealthy might combine to “create a greater disincentive for people to give.” In NPQ’s interviews with a number of nonprofits advocating for the retention of the charitable deduction, we encountered several people expressing concern about the increase in tax rates on the wealthy swallowing up some of the discretionary capital that those wealthy donors might have otherwise devoted to charity. But those we interviewed were adamant that giving to charities is more effective and efficient than giving to government.

The Pease amendment will likely amount to a minuscule hit on charitable giving—absolutely microscopic. Will rich people give less because they are taxed more? Are nonprofits concerned about the impact of the increase in the top tax rate? Are nonprofit sector leadership organizations such as Independent Sector, as a result, finding themselves increasingly allied with opponents of tax increases for the wealthy? Husock raises an interesting phenomenon that will be worth watching going forward.—Rick Cohen