Charter Schools Raise Core Questions Regarding How We Educate Our Children 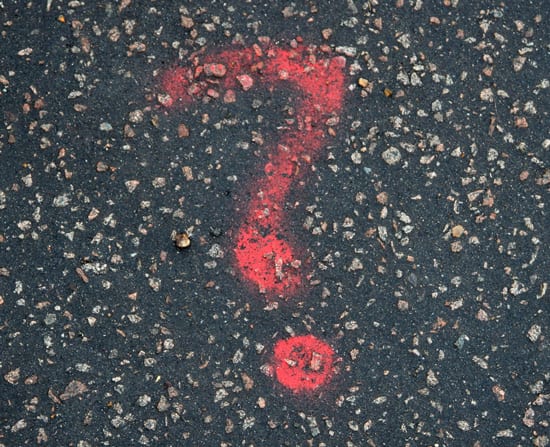 This month, the US Department of Education awarded eight states a total of $313.4 million over five years to grow the number and size of “high quality” public charter schools to serve “traditionally underserved students;” the money is estimated to benefit about 300 schools and is part of a larger five-year, $399-million initiative. Arkansas, one of the eight states receiving awards, plans to give $1 million to a startup school in a high-poverty area and estimates that its grant of $23 million over five years will mean 30 more charter schools in the state.

These grants to state educational agencies and charter support organizations are part of the federal Charter School Program (CSP), which, in addition to the state grants, has also announced $85.6 million in grants to specific charter school developers, national nonprofits, support for facility loans by three national prominent community development financial institutions (CDFIs)—the Center for Community Self-Help, the Nonprofit Finance Fund and Local Initiatives and Support Corporation (LISC). This is the third year of this program authorized under ESSA, the 2015 Every Student Succeeds Act, which last year disbursed $77.8 million to states. Much of this funding is used to build or renovate facilities, a significant cost that states typically pay for traditional public schools, but not for charters.

What do we know about how well charter schools serve “traditionally underserved students,” typically defined as low-income and students of color? There are now about 7,000 charters serving nearly three million pupils (including more than 800,000 Black students) in 43 states. This number is a small percentage of overall US students (who number more than 50 million), but it is growing quickly.

One popular approach is the “no excuses” school. These programs set high academic expectations, strict behavioral codes, longer school days and years, frequent teacher observations, tutoring, and data-driven instruction for teachers based on student assessments. Many of these schools have been successful at raising test scores and getting disadvantaged students to graduate and move into college, but this progress comes at a cost. A former teacher at one of these schools in New Haven explains that she was instructed by the principal, “Every time you engage with a question, you effectively A) go off your carefully planned lesson pacing, B) put one student over the rest of the class and C) kill momentum.” Of course, at schools in wealthier communities, student questions and discussions would be seen as an essential part of the education process, not forbidden.

Civil rights advocates worry about the harsh disciplinary policies of these “no excuse charters” like Excel or KIPP that serve primarily students of color. Studies of charter schools and student discipline in New York, Washington, D.C., and Boston have found that these schools, particularly those in majority-Black communities, have disproportionately higher suspension and expulsion rates than do traditional schools. “Charter schools are providing a seamless transition for low-income, black students in terms of how they are already treated, watched and surveilled outside…thinking of them as problem populations, rather than individuals,” says Carla Shedd, a Columbia University assistant professor of sociology and African American studies.

The vision of early charter proponents such as Albert Shanker, former head of the American Federation of Teachers, was different. Shanker imagined that charters would be small-scale, autonomous schools that empowered teachers, served as laboratories for traditional public schools, and were fully integrated by class and race. This vision has clearly not materialized: charters are only 12 percent unionized, with lower teacher retention rates than traditional public schools. They are viewed as competitors for scarce funds rather than collaborators. They are also more racially segregated than traditional schools. Indeed, in 2016 the NAACP called for a national moratorium on expanding charters until they produced less segregation and demonstrated more accountability and transparency.

Individual charter performance also varies, according to some studies, with the level of authorization provided to the charter. An “authorizer” licenses a school, reviews performance, and renews or terminates a school’s contract according to state law. States with “judicious authorizers” have a strong record of charters outperforming their traditional counterparts. It’s a complex landscape with over a thousand authorizing entities which fall into six types: higher education institutions (in 11 states), independent chartering boards (18 states), local educational agencies (31 states), mayors and municipalities (3 states), nonprofit organizations (2 states) and state education agencies (19 states). Some states have more than one allowed type, which is why the total is well above 50.

Finally, we have no data on the impact of these “no excuse” charter schools’ disciplinary and pedagogical practices on their graduates’ ability to successfully participate in the 21st-century workforce. Some critics assert that these “successful” urban schools create an authoritarian context that precludes these students from being critical thinkers and questioners of injustice, or that harsh discipline impedes the development of their identities, self-confidence, and ability to make independent decisions. In effect, critics complain that these schools are creating inequality in cultural skills, particularly those needed for middle-class success.

As NPQ said earlier this year, charter schools (and school choice) can no longer be classified as experiments in school improvement. They have become mainstream components of public education systems from coast to coast, and if Arkansas is any indication, their numbers are growing. They raise critical and difficult questions about the value of an individual student’s experience over the shared experience of all students, and there are no easy answers.

What we do know, however, is that we need to continue to learn about how well charter schools serve our kids, particularly our “educationally disadvantaged students,” both beyond their standardized test scores and into their post-secondary years. And we also need to better understand the impact of transferring scarce funds from traditional to charter schools, particularly in rural communities where a relatively small decline in traditional student populations can have an outsized budgetary impact, and in urban school districts like Detroit, New Orleans, the District of Columbia and Cleveland, where charters have captured a significant proportion of the student market.—Debby Warren