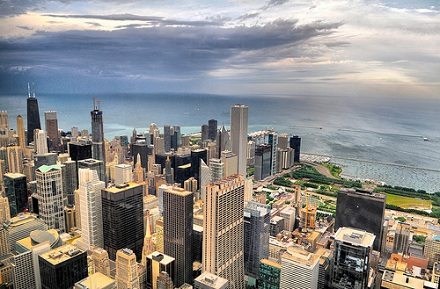 Chicago will be even hotter than it already is if its Broadband Challenge succeeds in making free high-speed Internet service available in all of its parks and open spaces. The program, which is connected to plans to advance the city economically, was announced on Monday by Chicago Mayor Rahm Emmanuel’s office as Millennium Park became the first of the city’s free outdoor Wi-Fi hotspots. As part of the effort to make Chicago, as Emmanuel says, “one of the most connected cities in the world,” Chicago is also planning to expand high-speed Internet access in “underserved and disadvantaged” communities and to set up centers of innovation that are aided by the city’s technological infrastructure. In pursuit of this grand vision, the city is looking for ideas from nonprofits and businesses. The program’s three goals are to:

“By asking for public input and using it to design the best possible system,” says Chicago Chief Technology Officer John Tolva, “we’ll insure that Chicago’s broadband infrastructure is not only the fastest in the country, but the best suited to create jobs and drive our economy forward in the 21st century.”

What do our readers in the know think about this effort? –Ruth McCambridge