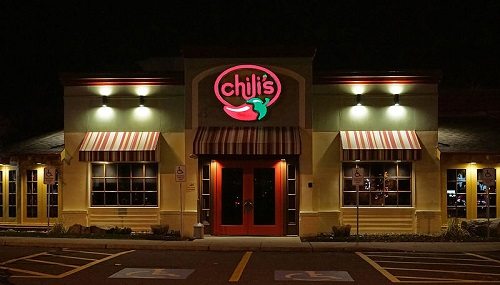 Sometimes when you try to do a good thing, it ends up going very, very badly and actually causes embarrassment. Witness the case of the chain of Chili’s Restaurants, which had the goal of raising money for families with children who have autism. April was Autism Awareness Month, so April 7th was going to be a day in which Chili’s would give a percentage of some purchases to a nonprofit organization supporting the families.

The nonprofit chosen by Chili’s to receive this largesse was the National Autism Association. The mission of NAA is “to respond to the most urgent needs of the autism community, providing real help and hope so that all affected can reach their full potential.” Based in Attleboro, Massachusetts, with a budget of slightly under $500,000, NAA has been recognized as a Silver-level GuideStar Exchange participant, demonstrating a commitment to transparency. Sounds good, right? Well, not so much.

NAA is a major proponent of the theory that aggressive vaccine programs for children can trigger autism, a fact that has caused a bit of a ruckus in the press, having been criticized on a Forbes.com blog and reported upon in the Los Angeles Times. The controversial idea of vaccination causing autism dates back to a report from 1998 in Britain that was completely retracted in 2010 by the authors who, in the words of the British Medical Journal, had “fixed” their research. On its website, NAA says they believe that vaccination can trigger autism in a subset of children, and that continued research is needed.

In the end, Chili’s decided to cancel its “give-back” event, citing customer reaction to NAA and its stance on the causes of autism. Why the furor over this? Certainly, the movement away from vaccination has caused outbreaks of otherwise preventable diseases among children all around the world. Still, a donor has the right to give to whatever cause they choose. In this case, however, because the donations to NAA were to be triggered by purchases of food at the restaurant, it is the diners who would be, in a sense, making the donations: Chili’s would be asking its patrons to support an organization selected by the company.

This may point to a fatal flaw in the idea of cause-related marketing, which has become an integral part of the nonprofit economic landscape. In this instance, Chili’s had hoped to generate some positive feeling for its chain of restaurants and has ended up instead with egg on its face by cancelling the event. Worse, the nature of the event asked a broad base of people to become involved in supporting the organization, trusting that the organization shared their values and beliefs. So instead of simply making a donation because they think it’s the right thing to do, the restaurant chain tried a cause-related marketing effort, bringing consumers into the equation, and has stepped into a very gray area of philanthropy.

By the way, people with the best of intentions can get into hot water in many different ways, not just as part of a marketing boondoggle. The author of the article in the Times criticizing Chili’s, Michael Hiltzik, was called to task by one of his colleagues on the paper, Mike Elk, because he referred to autism as “a terrible condition for its sufferers and their families.” Apparently, Elk is on the autism spectrum and gives that credit for the the focus that makes him a good reporter.—Rob Meiksins