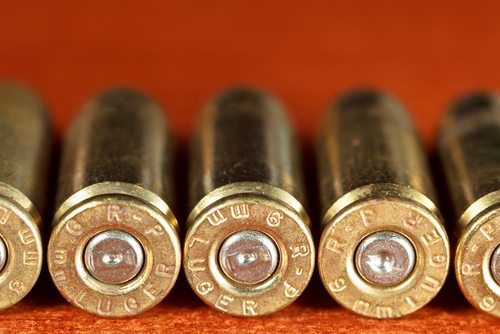 The comedian Chris Rock used to include a bit in his stand up comedy act in response to calls for gun control. Rock’s comedic premise was that a better idea might be bullet control. “If a bullet cost $5,000, there would be no more innocent bystanders,” Rock quipped. While gun violence is no laughing matter, the top official in Illinois’ Cook County (which includes Chicago) had presented a plan that was somewhat akin to Rock’s idea of “bullet control:” a five-cent per-bullet tax.

As of yesterday, however, Cook County Board President Toni Preckwinkle has abandoned the bullet tax, which, in some cases, would have exceeded the cost of a bullet itself. However, she is still pushing a $25 tax on the sale of guns. Preckwinkle says that the firearm tax could raise $600,000 for Cook County next year, and her plan includes a pitch to direct $2 million toward violence prevention, largely by providing grants to nonprofits in the area that have been working to build violence-free communities. It is estimated that the bullet tax would have raised an additional $400,000 for the county.

According to the Law Center to Prevent Gun Violence, similar proposals have been quashed in six states (although Tennessee does have a tax on shotgun shells and cartridges that goes to support wildlife). Preckwinkle points out that the county treated 670 gun violence victims last year at an average expense of $52,000 per victim. The Cook County Board of Commissioners is scheduled to vote on Preckwinkle’s proposed gun tax on Friday.

As is typical on this issue, nonprofit voices expressed divergent opinions of Preckwinkle’s proposal. Richard Pearson of the Illinois State Rifle Association called her initial plan a “scheme” that would unfairly target legal gun owners and dealers, while Fr. Michael Pfleger, the pastor of Chicago’s St. Sabina Church, saw the tax as a step toward making a dent in the area’s “undeclared disaster” of gun violence.

While this debate is heating up on the local level here and elsewhere in the U.S., NPQ has noted that a gun violence debate has been largely absent (perhaps thanks to the power wielded by the National Rifle Association) on the presidential campaign trail despite several recent high-profile shootings. While the silence from the presidential candidates on this issue continues to be as deafening as a shotgun blast, we’d like to know if you’re seeing debates similar to the one playing out in Cook County in your area. –Mike Keefe-Feldman