City of Flagstaff May Eliminate United Way as Middleman 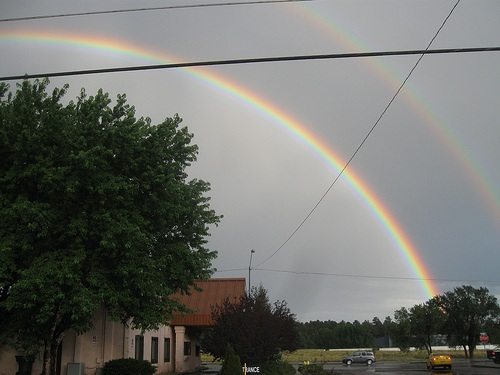 The NPQ Newswire has frequently pointed to the increasing willingness of municipalities to slap tax-exempt property owners with payments in lieu of taxes (PILOTs) and various fees as a sign of the frailty of the social contract between nonprofits and governments, but PILOTs and fees are far from the only examples of this dynamic. The current budget controversy in Flagstaff, Ariz. features some strident opposition to the city’s longstanding practice of making grants to local nonprofits.

Arizona Daily Sun staff reporter Joe Ferguson reports that some city officials, trying to figure out how the city can pay for infrastructure costs such as road repairs, are combing the budget to find areas to save money and grants to nonprofits are a potential target. When a city draws on general funds for grants to nonprofits, it is a very clear example of the social compact. That is, nonprofits serve functions that local government doesn’t or they provide services that supplement governmental programs.

In Flagstaff, some of the $1,275,385 in grants to nonprofits are pretty obviously fulfilling government obligations or are clearly contributing to making the city the kind of place where people might want to live. For example, Ferguson reports that the grant to the Northern Arizona Center Against Sexual Assault is to provide services that the city is required to offer by law. The $261,956 that goes to Flagstaff Cultural Partners is a formula grant paid from the city’s Bed, Board and Breakfast tax. The city also gives $247,319 to the afterschool program of the Flagstaff Unified School District, a logical extension of the school’s services to kids.

The big debate seems to be over the $293,750 the city gives to the United Way of Northern Arizona. In practice, the city has contracted with the United Way to administer these funds for nonprofits looking for city support on behalf of the city. In the current fiscal year, about two-dozen nonprofits benefitted from the United Way’s disbursements. The operation is a little like a city donor-advised fund: the city gives the money to the United Way, doesn’t expressly earmark which funds go to which nonprofits, but provides guidance regarding the city’s priority issues and establishes a cap of 15 percent that the United Way can take for administrative costs.

A couple of city council members believe that the city might be better off saving the $45,000 paid to the United Way in administrative costs by making the grants to nonprofits directly. The United Way says that it leverages the city money six-to-one through the other resources it brings to the table in terms of other charitable giving it receives and its ability to apply for other grants. We suspect that the budget-cutting council members are thinking about more than $45,000 as a target to cut from general fund monies going to nonprofits. Look for this municipal battle, like others we have covered, to wind up with some political leaders questioning why government funds should be given to nonprofits at all.—Rick Cohen