Civil Society and the Rules of Impeachment in the Age of Trump, Revisited

Speaker Nancy Pelosi (D-CA) announced yesterday afternoon that the US House of Representatives will formally begin an impeachment inquiry into President Donald Trump. The formal inquiry decision was sparked by Trump’s reported recent telephone conversation with the president of Ukraine and a subsequent whistleblower report that has been withheld from Congress.

White House release of the transcript of the telephone call has been promised for Wednesday. (The readout is available here.) Public release of the whistleblower report is likely, but uncertain at this time.

On April 24, 2017, we wrote about the history and often-misunderstood mechanics of impeachment. While we’re waiting for recent document disclosures and upcoming Congressional hearings, here’s a primer on the basic process and requirements, updated to reflect the state of the legislature in 2019.

On July 24, 2017, USA Today published the results of a poll that found Americans are split, 42 percent to 42 percent, on whether or not Donald Trump should be impeached.

Nearly half, 46 percent, say Trump isn’t likely to complete his first term, for whatever reason. Only about one in four, 27 percent, express confidence he’ll serve all four years of his term. Even one in 10 Republicans doubts he’ll finish his tenure.

“These results suggest that Trump is probably the most beleaguered first-term president in the country’s history, and certainly in modern history—highly unpopular among the public, with a significant portion clamoring for his impeachment barely six months after his inauguration,” says David Moore, a senior fellow at the University of New Hampshire and polling director for iMediaEthics.org, a nonprofit, non-partisan news site.

The US Constitution addresses the Congressional power of impeachment in Article 2, Section 4:

The President, Vice President and all civil Officers of the United States, shall be removed from Office on Impeachment for, and Conviction of, Treason, Bribery, or other high Crimes and Misdemeanors.

The process for impeachment of federal officials is detailed in Article I, Section 3:

The Senate shall have the sole Power to try all Impeachments. When sitting for that Purpose, they shall be on Oath or Affirmation. When the President of the United States is tried, the Chief Justice shall preside: And no Person shall be convicted without the Concurrence of two thirds of the Members present.

Judgment in Cases of Impeachment shall not extend further than to removal from Office, and disqualification to hold and enjoy any Office of honor, Trust or Profit under the United States: but the Party convicted shall nevertheless be liable and subject to Indictment, Trial, Judgment and Punishment, according to Law.

If an official is accused of “high crimes and misdemeanors,” the House of Representatives may deliberate and vote on articles of impeachment, and, if approved, an impeachment trial is held in the US Senate. Technically speaking, the House impeaches; the Senate tries an impeached official.

“High crimes and misdemeanors” sounds like a criminal standard, and impeached federal officials are often accused of being involved in criminal activity. However, the purpose of impeachment is not to determine the criminal guilt or innocence of the person being impeached. Instead, the question is whether the acts committed by the federal official are serious enough to merit their being removed from office.

Once a federal official has been impeached, an impeachment trial is scheduled in the United States Senate. All Senators act as jurors in the impeachment trial. If the president is being impeached, the Chief Justice of the US Supreme Court presides over the trial. Otherwise, the Senate is presided over using its typical procedures.

Just as in the process to impeach, the purpose of the impeachment trial in the Senate is not to determine the criminal guilt or innocence of the person having been impeached by the House. Instead, the question is whether the acts committed by the federal official are serious enough to merit their being removed from office. A two-thirds vote of senators is required to convict the federal official and remove them from office.

If the Senate votes to remove a federal official from office, the removal takes effect immediately. The Senate’s vote is final; there is no appeal. Being convicted by the Senate has no effect on an individual’s criminal culpability or the potential for a criminal prosecution. However, they can never again hold federal office.

In US history, depending on how you count, sixteen or seventeen individuals have been impeached. The two US Presidents who were impeached, Andrew Johnson and William Jefferson Clinton, were both acquitted by the Senate. Thirteen federal judges have been impeached; eight were convicted and removed from office.

Two cases have intriguing asterisks associated with them. William G. Belknap was impeached and acquitted, though he had resigned from office on the same day a House committee approved articles of impeachment. The 1798 impeachment of Sen. William Blount was dismissed because the Senate determined it didn’t have jurisdiction to conduct an impeachment trial of a current senator. The Senate decided it did have the authority to expel a senator, and it proceeded to expel Blount for treason.

Impeachment is a rarely used process, and no federal official other than a federal judge has ever been convicted. There is good reason why few people are aware of the details of impeachment.

The Presidential Succession Act of 1947 sets the order of succession. If the currently serving US President is convicted by the Senate, he or she is immediately removed from office. There is an established order of presidential succession, beginning with the Vice President of the United States. In fact, the US has a “deep bench” of potential successors; the order of succession is set to accommodate the potential inability of several people to serve, or for several offices to be vacant at the time a new president is needed. After the vice president, the Speaker of the House and the President Pro Tempore of the Senate are next in line for the presidency. Following the candidates from the Senate and House, the order of succession proceeds through the Cabinet department secretaries, in order of the establishment of their Cabinet departments. State, Treasury, Defense, and the Attorney General are the first four of the 17 Cabinet secretaries, in this order. The Secretaries of Education, Veterans Affairs, and Homeland Security are at the bottom of the succession list.

Trivia question: Which current Cabinet member is ineligible to become president, and why?
Answer: Elaine Chao, Secretary of Transportation. She was born outside the United States and, therefore, doesn’t meet the constitutional criterion that all presidents be natural-born citizens.

There are serious concerns about the constitutionality of the 1947 statute, particularly over the Constitution’s use of the term “officer” when discussing succession and whether the term applies to members of Congress. There are those who argue that “officer” restricts members of Congress from participating in presidential succession. This narrow definition of the word “officer” has been used to validate the service of Alcee Hastings as a US Representative from Florida from 1993-2013 after his having been impeached and convicted in 1989 while serving as a federal judge. If members of Congress are “officers” under Constitutional definition, as the Presidential Succession Act assumes, then Hastings would have been ineligible to serve since being a House member would then fall under the “any Office of honor, Trust or Profit” prohibition in Article 1, Section 3.

There are also concerns over whether provisions of the act violate the Constitution’s general separation of powers as well as specific Constitutional provisions. These concerns would become active if a Cabinet member were to become president (or “acting president,” as the act envisions). There is also an arcane debate about the relative roles of the Secretaries of State and Defense in the event of presidential incapacity or vacancy that has been explored in films like Air Force One.

In short, we have rules and a process, but those rules and that process have never been comprehensively tested, either in practice or in the courts. There is potential for a constitutional crisis should anyone seriously challenge the Presidential Succession Act of 1947.

IV. The Current Situation (Updated for 2019)

Will President Trump be impeached? That depends on the US House of Representatives. On September 24, 2019, House Speaker Nancy Pelosi (D-CA) reversed her longstanding opposition and announced her support for a formal impeachment inquiry. Pelosi’s support is also a tacit grant of permission to other House Democrats to seriously consider impeachment. Democrats hold the House majority, and impeachment requires only a majority vote. Recent news events and Congressional vote counts indicate that Trump’s impeachment is a real possibility.

If impeached, will Trump be convicted? In the Senate, conviction and removal from office would require the approval of 67 senators, meaning that at least 20 Republican senators would need to join all 47 Democratic and Independent senators (assuming they vote as a bloc).

Impeachment is inherently a political and a judgmental process. Impeachment is concerned with fitness for office, using an inexact standard (“Treason, Bribery, or other high Crimes and Misdemeanors”) which relies on the discretion of elected officials on Capitol Hill. Should President Trump be removed from office, Vice President Pence would immediately become the 46th President of the United States, with all the powers and authority of the office. One urgent Constitutional duty of the new president would be to secure presidential succession by appointing a vice president to serve with him until Inauguration Day on Wednesday, January 20, 2021.

Most observers don’t think about the impeachment trail much beyond the impeachment and conviction of the president. However, the nightmare scenario begins with uncertainty over the vice presidency.

If Mike Pence were unable or unwilling to succeed Donald Trump as president, the Presidential Succession Act of 1947 would control events, assuming its constitutionality were to be either unchallenged or upheld in court—a significant assumption, as noted above. But there’s a worse nightmare political scenario over which we could all lose sleep.

What would happen if Trump were convicted by the US Senate and Pence were under investigation or, worse still, himself under threat of impeachment? He would become president, yet still be subject to impeachment while serving as president. The vice presidency would be vacant and awaiting President Pence’s nominee to fill the post. Of course, a president under investigation or threat of impeachment would find it difficult to have their nominee for vice president be confirmed by the Senate.

Part of the political calculus associated with impeaching Trump must be a consideration of the constitutional and legal consequences of the exercise. Can the government complete a peaceful transfer of power to a constitutionally unchallenged successor? Can a path be forged to overcome any political or legal challenges? And, as civil society, how could we help the country make the best of this moment?

This is by no means an argument for or against impeaching Trump. It is, however, an acknowledgement that, as the civil sector, we must be ready as organizers of an active populace to help govern over the rough spots, as we are even now.

If you liked this and want to read more, visit…

General Milley Regrets Appearing with the President in Lafayette Square 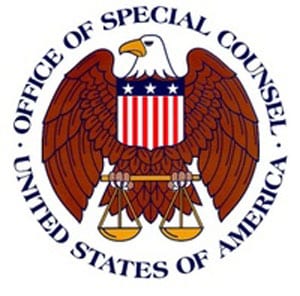 Should the Mueller Report Be Made Public? Does Anyone...