Clean Tech Investments: What’s Profit Got to Do with It? 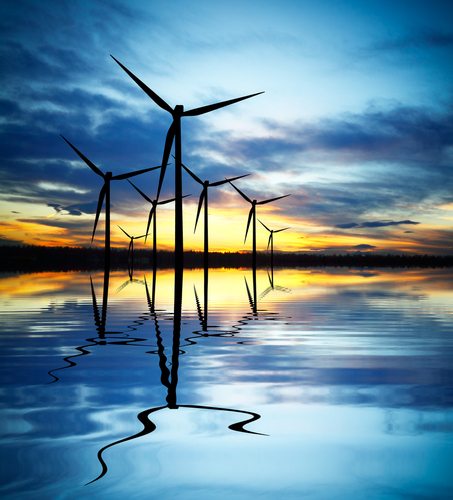 Sarah McKinney, the founder of an in-development “collaborative bookmarking” site called AMP, which raised capital on the crowdfunding site Indiegogo, has been collecting some information worth bookmarking. Writing for GOOD, she questions the gap between the public perception of venture capital firms’ supporting sustainable technologies and some real facts—such as a 34 percent decrease in funding for energy firms during the past two years and an 18 percent decrease in water investments between 2010 and 2011. She floats the criticism of “greenwashing,” which she defines as “a practice by which an organization insincerely displays concern for the environment in an attempt to improve their reputation, and further their own agendas.”

Are the VC firms simply well spoken, sharply marketed greenwashers? While there are greenwashers lurking wherever there is a PR mark to be made, she gives VC a pass, suggesting that “the overall decline has more likely been caused by prior clean tech investment failures creating increased hesitancy to invest, expected returns limiting potential deal flow, and,” in a concept that we don’t quite grasp as a reason for less investment in energy and water, “social entrepreneurs falling victim to mission attachment—relying more heavily on the social or environmental impact of their ventures than financial returns.”

Interestingly, she cites the impact of the Solyndra bankruptcy as a factor, given that Solyndra received hundreds of millions of dollars of government grants before tanking. Referencing the boost solar manufacturers think they need because of a tax on solar imports from China, McKinney warns of a “pattern of hope followed by investment and loss [that] feels reminiscent of other alternative energy investment failures such as ethanol.” “Investor skepticism of capital-intensive businesses claiming to have truly breakthrough technology in the clean tech space,” she says, “is arguably warranted.”

The solution she presents, attributed to “clean tech entrepreneur” Laura Demmons, is sort of surprising: “avoid making unsubstantiated claims.” Demmons says that she (or her firm, Sylvan Source) have made it “an absolute requirement…for independent, third-party, validation by persons or organizations with credibility in a given segment” when giving information to potential investors.

For us, McKinney’s questions raise the issue of how social the social sector of private, for-profit enterprise might be, especially when it is highly dependent on government-supported research and government subsidies. It seems, as in the Solyndra case, that the government is intent on creating a private sector appetite for the production and distribution of clean tech products—with the incentive of profits going to entrepreneurs as a critical element—even though much of the risk is really being absorbed by government. We aren’t suggesting that the government replicate the Solyndra failure with a nonprofit or cooperative failure, but why can’t the government make comparably generous investments in clean tech to social entities without the entrepreneur’s profit mixed in? Doesn’t it seem like the government-subsidized clean tech world is really intent on demonstrating the private profit attractiveness to individual investors and entrepreneurs when perhaps the validity of private profit isn’t all that it’s cracked up to be?—Rick Cohen