Close Up Shop and Go Elsewhere? A Case Study for Philanthropy on What to Do When We Win 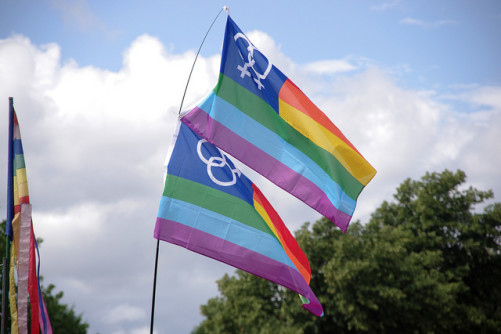 This year, a wave of states have passed and proposed laws that set back equality for lesbian, gay, bisexual, and transgender (LGBT) people. A new North Carolina law forbids municipalities from protecting LGBT people from discrimination and requires that transgender people use the bathroom that matches their birth certificate rather than their gender identity. In Mississippi, a new law permits individuals and businesses to deny services to LGBT people if they have religious objections to doing so. A similar religious exemption bill was passed by the Georgia legislature, but was vetoed by the governor.

In the context of this new wave of anti-LGBT laws, it’s ironic and concerning that several foundations and donors have recently decreased their support for LGBT rights in the U.S., citing last year’s historic Supreme Court decision affirming the freedom to marry. Marriage equality was indeed an inspiring step forward for this country, but the logic of “we’ve won, we can move on” leaves us increasingly worried.

If we’ve learned anything from landmark legal victories of the past—the ratification of women’s suffrage, Brown v. Board of Ed, the 1964 Civil Rights Act and the 1965 Voting Rights Act—it is that a major legal victory is never the end of the struggle. A victory like marriage equality is only the beginning of a much longer and more challenging struggle to assure that equality is a reality where it matters most—in people’s lived experience.

We’re especially worried since LGBT funding is miniscule to begin with. A recent study by Funders for LGBTQ Issues found that, in the past year, 62 of 100 of the largest foundations in the U.S. had not awarded a single grant focused on LGBT communities.

As we reflect on the aftermath of the marriage equality decision, and as we see a rising backlash of anti-LGBT laws as well as reports of high levels of poverty and homelessness in LGBT communities, we believe that history is offering philanthropy a case study on a crucial question: what do we do when we win? Already there are some lessons funders can learn from this case study as it unfolds in real-time:

1. Victories need to be defended.

According to the Equality Federation, the recent bills in Georgia, Mississippi, and North Carolina are among more than 200 anti-LGBT bills introduced this year in state legislatures across the country. It’s no coincidence that this unprecedented wave of anti-LGBT bills is arriving only months after marriage equality became law. Any time that freedom advances, the opponents of liberty will retrench and resist the expansion of civil rights wherever possible.

The lesson: When there is significant legal progress, funders working for social change can anticipate this resistance—and be prepared to support efforts to fight back against the inevitable backlash that comes in the wake of victory.

By definition, any major victory transforms the landscape. For grantmakers, that means reassessing the new context and making sure that our funding strategies are still well suited to it. When a landscape shifts rapidly in the face of a significant new development, we need to avoid adjusting our strategies based on assumptions or misinformation, rather than solid data. After marriage equality, misinformation abounded. Public opinion polls showed that most Americans assumed that LGBT people had now achieved full equality—but in reality, LGBT people are still not explicitly protected from discrimination at the federal level and in 28 states. There are also common misconceptions that LGBT people are well off financially and that the LGBT movement is well resourced. Contrary to stereotype, data from the Williams Institute reveals that LGBT people are 50 percent more likely to be poor than their heterosexual counterparts. And far from being well funded, the Funders for LGBTQ Issues 2014 Tracking Report shows that LGBT issues receive only about one-quarter of one percent (0.0028, to be exact) of all foundation funding.

The lesson: Key data points such as these can allow a funder to answer crucial questions: How close does this victory get us to our ultimate goals? What gaps remain? How can we build upon this success so as to maximize our long-term impact?

3. Effective movements for social change must endure beyond one issue, policy, or campaign.

Marriage equality not only expanded civil rights, it was also a galvanizing call for the LGBT movement. In the 19th and early 20th centuries, suffrage served as a similar rallying cry for the women’s rights movement. After suffrage was won in 1920, the movement risked losing momentum and struggled to build a broader agenda that was inclusive of all women. For example, despite the passage of the 19th Amendment, African American women were frequently disenfranchised from voting through poll taxes and literacy tests—and to this day voting rights are far from universal, especially for communities of color. While there were always more inclusive and intersectional efforts to advance women’s rights, they were not nearly as well resourced as the mainstream suffrage movement was. Perhaps if more donors had invested earlier in a more long-term and broader movement for gender equity, women would be earning more than 79 cents for every dollar that men earn—nearly a century after suffrage.

Declaring victory after one key win and going elsewhere is a recipe for partial progress that leaves behind the communities who face the greatest hardships. Let’s not wait decades to address the fact that 90 percent of transgender people face discrimination at work. Let’s not leave it to the funders of 2116 to confront the health disparities that LGBT people suffer from when it comes to addiction and mental illness.

The lesson: A victory like marriage equality is a benchmark, not a finish line. Funders concerned about an issue or community can be mindful of that and explore strategies for long-term change beyond one specific step forward.

4. On the other side of victory are “wicked” problems that require experimentation, innovation, and multi-pronged strategies.

The struggle for marriage equality took decades of campaigning, losing, and learning. But ultimately, the struggle was won—and won decisively. In contrast, many of the remaining inequities that LGBT communities face cannot be solved through a single court decision or legislative victory. The family rejection, health disparities, homelessness, and poverty faced by LGBT people are all “wicked” problems—complex challenges that have no straightforward solutions.

Take LGBT homeless youth, who make up 35-40 percent of the homeless youth population. Solving a challenge like that will require multiple funding strategies by multiple funders: advocacy to ensure that federal, state, and local housing policies are more inclusive; piloting service models to determine which interventions best address the unique needs of homeless LGBT youth; and exploring the challenging proposition of how to increase family acceptance of LGBT youth.

The lesson: Victories for policy change must be complemented and followed by other funding strategies to assure that these policy shifts translate into substantive improvement in people’s day-to-day lives. Achieving long-term outcomes requires a coordinated response by funders utilizing a variety of strategies.

It’s not yet clear whether funders will respond to the victory for marriage equality by working to solve the long-term challenges facing LGBT communities. But now is a perfect time for more foundations to integrate LGBT issues into their grantmaking strategies. With LGBT communities facing an array of problems that intersect with a range of funding priorities, funders have an opportunity for both leadership and impact—and several foundations are already stepping up. There are health funders working to address the unique health disparities faced by LGBTQ communities, homelessness funders working to address LGBTQ youth homelessness, and community foundations supporting a range of efforts to strengthen their local LGBTQ communities. If more funders take on leadership on these urgent issues, philanthropy can make real and lasting change in the lives of LGBT people.

Let’s not wait until the formal case study is written to find out that we missed this opportunity.

Kevin Jennings is the Executive Director of the Arcus Foundation, a leading global foundation supporting efforts to create a world where human beings live in harmony with each other and the natural world. He has held this role since 2012. Kevin has made a long and distinguished career as an educator, social justice activist, teacher, and author. He served as Assistant Deputy Secretary of Education in the Obama Administration, heading the department’s Office of Safe and Drug-Free Schools where he led the Administration’s anti-bullying initiative.

Ben Francisco Maulbeck, President of Funders for LGBTQ Issues, has more than a decade of experience as a leader for LGBT rights, racial equity and social change. He has an exceptional track record of building the capacity of nonprofit organizations and leaders, raising money for underserved communities and developing and implementing innovative grantmaking initiatives.

More about: social change strategic planningFeatured ContentFundraisingInnovationPolicyVoices from the Field