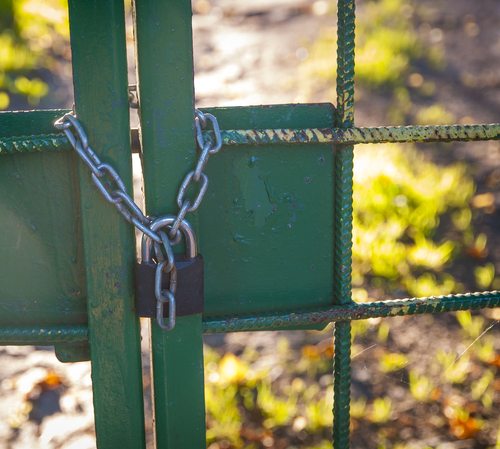 I remember facilitating a retreat by a public policy watchdog organization some years ago during the primary battles between Hillary Clinton and Barack Obama. Without significant policy differences between the two Democratic candidates, the watchdoggers seemed to lean heavily to Obama for one distinctly unusual reason: transparency. They referenced the secrecy surrounding Hillary Clinton’s efforts around national health reform when she was First Lady and concluded that Obama was making all the right noises about a commitment to transparency. How the wheel turns!

Somehow, the Obama Administration has taken some odd turns on the road to greater transparency. There was no reason for last week’s White House Conference on innovation to be closed to the press, especially with the invitation-only participants tweeting their hearts out about how wonderful the discussion was, and there was no reason for philanthropy to be so willingly complicit in protecting the session from the transparency it deserved.

On September 20th, the White House Office of Social Innovation and Civic Participation held a program for 150 or so “leaders in philanthropy and finance” for a “private meeting on ‘innovation in philanthropy.’” “Private” meant no outside press, even though participants included a number of major foundations and public officials. Yet, with the hashtag #WHinnovation, participants tweeted to each other and to the world their impressions of what was happening in the session. Hundreds of tweets were flying, not one voicing a note of dissonance, all finding great wisdom in the wonderful ideas heard and shared. The Nonprofit Quarterly contacted the White House, asking why the session was closed to the press, and was given a pro forma statement affirming that the session was closed, but no explanation. We twice contacted the press officer at the Office of Social Innovation and Civic Participation as well, but we never received a response about the no-press rule or who would be in attendance.

The official statement we were given by the White House “on background” was also given to the Chronicle of Philanthropy, which raised the same question. The statement read, “Today, the Office of Social Innovation and Civic Participation hosted leaders from across the field of philanthropy, including executives from private, corporate, family, and community foundations along with select academics, analysts, and thought leaders to share best practices and discuss how leaders can work together to strengthen local communities.  This meeting was closed [to] press.”

One might write the session off as inconsequential, not worth attention or concern since it was largely a lovefest of self-styled social entrepreneurs and the foundations (and foundation sector leaders) that support them sharing models of their work for a few hours at the Executive Office Building. One might write it off, except that transparency in our society and in the nonprofit sector is under attack.

501(c)(3) public charities and 501(c)(4) social welfare organizations guard the confidentiality of their donors even when it appears that the public interest would be much better served by disclosure. Legislative efforts to secure increased disclosure of donations to (c)(4)s through the DISCLOSE Act have been unsuccessful, even those DISCLOSE was weakened with enough loopholes and exceptions to allow the likes of the National Rifle Association to escape elements of needed transparency.

If foundations and nonprofits—and social entrepreneurs—buy into making the White House innovation session a secret, no-press event, what is the message that they are sending?

What’s so secret about philanthropy and innovation at the White House conference? As hard as we might imagine that the content of the speakers was top-secret and important to keep away from the mainstream or nonprofit press, we simply can’t find the justification, at least by any perusal of the tweets from participants.

For example, Jacqueline Smith of Arizona State University tweeted her interest in the agenda topic of “scaling pay for success,” a hot issue in philanthropic circles dominated by the likes of author Dan Pallotta. A financial “coach” named Saundra Davis, tweeting as “Sage Money,” reported that entrepreneurs were told they are a reflection of all the things that can go right in Washington. Jessica David from the Rhode Island Foundation and others noted Mario Morino’s (Venture Philanthropy Partners) announcement of plans for a John Gardner Academy and said Morino wants to apply the Khan Academy model for supporting social sector leaders. Eric Kessler of Arabella Advisors, social entrepreneur Annemarie Harris, Kippy Joseph of the Rockefeller Foundation, and others tweeted about the discussions on social impact bonds, noting New York City’s first social impact bonds with Goldman Sachs as the first investor. Nary a critical word about social impact bonds was evident in any of the tweets. Rockefeller’s Judith Rodin was cited for her call of linking private and government capital to solve social problems.  Megan Kashner of Benevolentnet talked about bringing crowdfunding to scale. The new leader of Guidestar, Jacob Harold, talked about the importance of “information scaffolding for financial innovation.”

And so it went. What was so secret about these conversations? Why couldn’t the mainstream press have been invited to report on philanthropy’s frontline role in this nation’s economic progress? Damned if we can figure it out. But a good time was had by all, as they all noted in their tweets reporting on “news” from the event. The only mildly discordant note was a comment from one Gordon Jay Frost, who wrote, “Where is the Social coverage? Can’t find a video feed or anything on the WH site & the hashtag has almost nothing” and then added, “Never has a twitter hashtag had such promise unfulfilled! Please, #WHinnovation attendees: share with your colleagues outside the room!” In a separate Twitter exchange, Anthony Bugg-Levine of the Nonprofit Finance Fund noted that there was nothing “conspiratorial” in the closed-door program because the White House encouraged participants to tweet. Frost added, “Tweets made #WHInnovation sound innocuous not conspiratorial. All just ‘take risks’, ‘look who we hired’ & ‘honored to be here.’” Frost’s summation is disappointingly spot on.

The Chronicle of Philanthropy’s Suzanne Perry’s comment about the event underscored the all but obvious problem of a program on innovation conducted in a manner that limits the dialogue.  Perry wrote, “People who promote innovative approaches to social problems usually stress the importance of sharing knowledge so that everyone can learn about the most effective strategies. But organizers of Thursday’s closed-door White House Forum on Philanthropy Innovation must not have gotten the memo.”

If such a memo was ever issued, it might have included <a href="http://www.slideshare.net/mark.birbeck/openness-and-innovation" target="_blank" data-wpel-link="external" rel="external noopener