CNN’s Anderson Cooper Pops Off about the Nonprofit Sector: He Has a Point 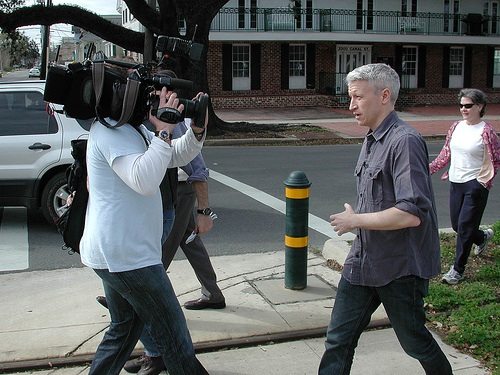 Anderson Cooper has had a continuing review of the reporting of Drew Griffin of the Kids Wish Network, the nation’s worst charity, as identified in the investigative series published by the Center for Investigative Reporting and the Tampa Bay Times. The two CNN reports are here (Part I) and here (Part II).

The Kids Wish story has gotten good coverage through the printed stories and now CNN, though CNN’s buttonholing of the CEO, Anna Lanzatella, waiting for her outside the office while her staff said she wasn’t there, was particularly revealing. Hopefully every nonprofit association out there is expressing its dismay at Kids Wish’s operations, which include spending $109 million out of $127 million raised on payments to fundraisers—including a firm related to the charity’s founder.

What’s news?  Beyond his shaking head and raised eyebrows, the news was Cooper’s incredulousness about the Kids Wish’s operations and answers. Three quotes (our transcription) from the program are notable:

Cooper:  “Why a charity has confidential, you know, proprietary documents that the world can’t see, I don’t quite understand.”  This was in response to news that a Kids Wish whistleblower, a staff person named Meanda Dubay, had stolen, according to the charity, confidential, proprietary information.  In fact, Kids Wish got the FBI to go after the whistleblower, conduct a guns-drawn raid on her home, and confiscate her computers and files. The FBI then returned the materials and no charges were filed.  Griffin reported that the case was closed by the FBI. The Pasco County, Florida police department also found no wrongdoing.  But for Cooper, it raised additional questions about nonprofit secrecy.

Cooper:  “Also I saw them say there was a confidentiality agreement with this employee. Why does a charity have confidentiality agreement with employees? What are they, the CIA? I mean, I’ve never signed a confidentiality agreement, you know, with CNN. It’s ridiculous.” Dubay was fired by Kids Wish Network less than an hour after he expressed her concerns about the charity to the board of directors, though Kids Wish said they were going to fire Dubay before she blew the whistle. Anyone who knows treatment of whistleblowers knows that that is a very typical response of some organizations, claiming to have planned to sack the whistleblower all along.  Cooper:  “It’s just unbelievable that that’s what they define as program services, telemarketers. If someone called you up and said we’d like you to donate money and the vast majority of the money you donate to us we’re going to spend on telemarketers so we can get more money and get the name of our organization better known, you wouldn’t donate money.”  This was in response to the Kid Wish Network contention that, instead of less than 3 percent, it actually spent 56 percent of the money it raised on program services. How did it claim that?  By its contention that when a telemarketer describes and promotes an organization to a potential donor, whether or not the donor gives, that is an educational function and counts as program services.

Outrageous? Not according to some of the leadership organizations of the nonprofit sector. In response to the Supreme Court case in 2003, Madigan v. Telemarketing Associates, concerning the telemarketing activities of a veterans charity called Viet Now, which spent less than four percent of its fundraising on actual services to veterans, that was exactly part of the argument used by the amici curiae: There was an educational function to the telemarketing pitches, and to regulate the telemarketing would be an infringement on the nonprofits’ First Amendment rights.

There are times when nonprofits go too far trying to circle the wagons around points of principle, and there are times when reporters like Anderson Cooper using common sense smell something questionable. Listen to what Cooper asked and realize that he is raising a challenge not just for the Kids Wish Network, but also for nonprofits in general. —Rick Cohen