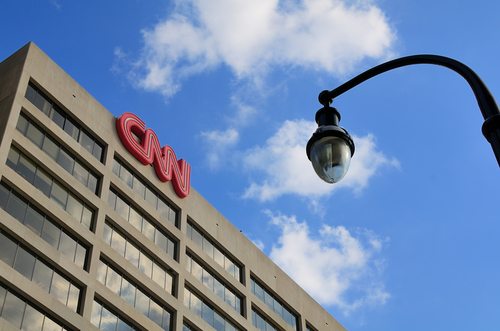 The deluge of inaccurate coverage of the Boston marathon bombing suspects led the venerable CNN network into embarrassing mistakes. Fox was right there with CNN, but we don’t necessarily look to Fox for sober reporting, particularly as Fox was hammering away from nearly the get-go at the suspects’ potential connections to Chechen terror organizations and Chechen terrorists’ connections to Al Qaeda. CNN, on the other hand, is—or was—thought of as thoughtful, balanced, and sober, but that reputation has become increasingly tattered. But, without defending CNN, we ask whether what happened to CNN isn’t actually part of the news zeitgeist, leaving not just CNN and its mega-network peers at risk of error and hyperbole, but smaller, local operations and entities that try to cover the news of the nonprofit sector, like this venue.

The much-discussed CNN faux pas was, after the first bombing suspect had been killed, its erroneous reporting that the second had been arrested. It seems that CNN was reporting information from seemingly reliable but anonymous sources. As printed in this article in Foreign Policy, the explanation from CNN was the pressure of the 24-hour news cycle. That may have been true in that instance, but we think the pressures on news coverage aren’t just CNN vs. FOX vs. MSNBC 24/7, but the empowerment of everyone with a cell phone and a Twitter or Reddit account to be a reporter. The line between “professional journalist” and “citizen journalist” is rapidly disintegrating due to the multiplicity of venues for reportage and the speed afforded to reporting without the intercession of editors and fact-checkers.

We watched the marathon bombing news coverage as much on Twitter as on television and saw how much faster people were on Twitter to find the Tsarnaevs’ Twitter and Facebook postings and generate multiple pictures of the suspects before the networks did. Twitter feeds had information about the younger Tsarnaev’s weed-smoking habits at the University of Massachusetts at Dartmouth long before a CNN reporter uttered, “weed.” In fact, several outlets discovered the older brother’s Facebook account and the younger brother’s Twitter account, leading to chilling 140-character-or-less insights into the latter’s beliefs and motivations.

On the other hand, the frenetic stuff on Twitter and Reddit got out of control at various times—and not just from intentionally misreported stuff like the Twitter user who renamed himself after the younger Tsarnaev, a stunt with a rationale that escapes us. There was a deluge of coverage that simply went off the charts about other suspects, multiple arrests, connections to the Caucasus Emirate, and Islamic terrorists in general that was both wrong and hyperbolic.

There are lessons in all of this for news outlets of all kinds—not just CNN, but for news providers, too.

For those of us from Boston (as is this writer, born and raised) or based in Boston (as is Nonprofit Quarterly), the Marathon bombings were a terrible tragedy, brought home to us because we all knew from personal experience the places on Boylston Street in Boston, Norfolk Street in Cambridge, the MIT campus, and the various locales in Watertown where the events of the week ensued. The inclination was to start writing from the moment that we saw the smoke rising from the Marathon finish line, but even then, as the news was reporting—erroneously—about a third bomb at the John F. Kennedy Memorial Library, we wouldn’t have had any facts to contribute to the public’s understanding of the breaking story. Journalists, professional and citizen alike, should be reminded by the past week’s stories that reporting, even op-ed editorializing, requires empirical, vetted information at its core. Otherwise, we are doing a disservice to ourselves, our readers, and the stories we are trying to convey.—Rick Cohen