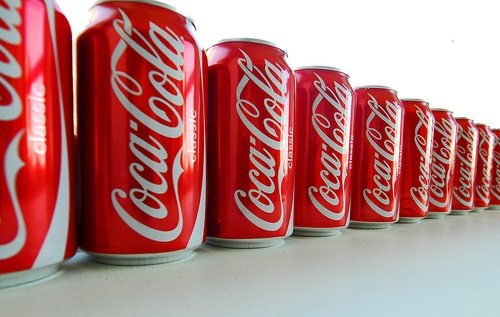 The world’s most recognized corporate brand is Coca-Cola, but beyond Coke Zero and Diet Coke, the soft drink behemoth has generated plenty of good publicity for itself through its corporate social responsibility programs aiming at “the management of the world’s precious water resources.” According to a press release Coke issued earlier this month, the firm has improved its “water efficiency by 21.4 percent since 2004 and supported an estimated replenishment of approximately 52 percent of the water we used in our finished beverage products through 2012.”

If that’s the case, how does Coke explain its “Cap the Tap” program? When you go into a restaurant, your server might ask if you want bottled water or tap water. Many of us ask for tap—not only because of the cost factor, but presumably for environmental purposes. But Andy Bellatti, a Las Vegas-based nutritionist writing for the Civil Eats blog, says that “Coca-Cola has been focusing on its own covert assault on the affordable, healthful, and refreshing beverage” known as tap water.

Coca-Cola’s “Cap the Tap” program was launched in 2010 to convince restaurants to “convert requests for tap water into orders for revenue-generating beverages.” The program works with restaurants and their waitstaff to get servers to push bottled water (Coke owns Dasani bottled water), diet sodas (it owns a few among its more than 500 brands), and ice tea (Coke owns Honest Tea) as examples of “profitable beverages.” The campaign comes with tips and ideas for waitstaff as well as “suggestive selling” campaign themes such as “Get Your Fill,” and “Suggest More and Score,” incentivizing waitstaff to compete over who can get consumers to do the most switching from tap water to profitable beverages.

Given that, aside from the diet brands, the non-diet sodas add to the nation’s problem with obesity, Cap the Tap would seem to undermine Coke’s carefully crafted and highly publicized corporate social responsibility program.

Bellatti is really pointing out a problem for nonprofits in working with corporate social responsibility efforts and corporate philanthropy. On one hand, for any number of public relations and bottom-line profit reasons, corporations are crafting social responsibility campaigns that seem to be directed at undoing some of the damage their products have done to society. In Coke’s case, that’s both the legion of environmental problems from bottled water and soft drinks to the health issues associated with empty calories. On the other, while nonprofits may be working with the seemingly well-intentioned CSR and philanthropic staff, the corporation may be pushing for-profit generating programs that contradict its social responsibility claims.—Rick Cohen