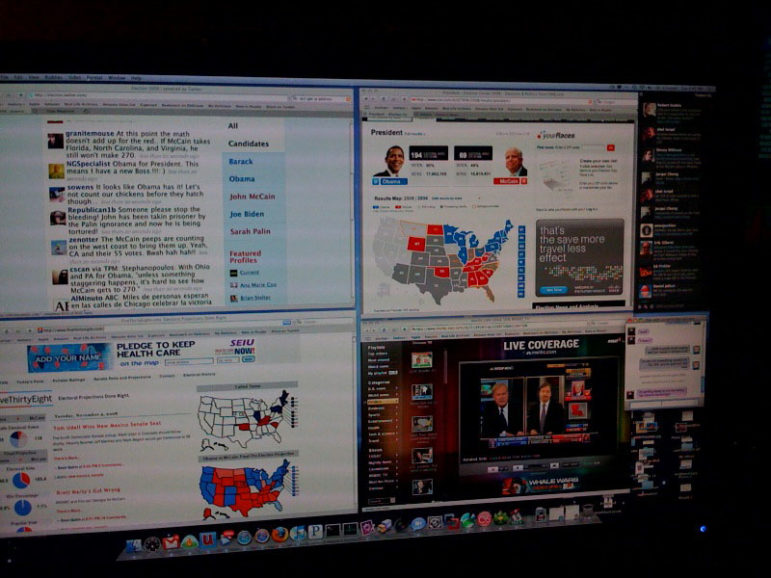 ProPublica, Google News Lab and USA Today are a few of the news sources that are joining with journalism students and citizens across the country to carry out an experimental project to track, cover, and potentially solve voting problems during tomorrow’s high-stakes election.

Electionland is a new project for the Pulitzer Prize-winning nonprofit news organization, according to an article in the Columbia Journalism Review. Hundreds of partner newsrooms will join under ProPublica’s lead. It’s an effort that might further the case for collaboration instead of competition in a media sector where cooperative efforts like the International Consortium of Investigative Journalists have increasingly earned accolades and made waves—if not necessarily profits.

As ProPublica stated in a press release:

While American voters routinely experience problems that make it harder to vote—Arizona’s unmanageably long lines during this year’s presidential primary, for example, and the purge of 120,000 names from the voter rolls in New York—journalists have struggled to cover these issues on the day of the election. Too often the extent of voting problems is caught after polls close, when citizens’ right to vote has already been abridged and potential votes have already been lost. ProPublica, with its expertise in sharing data and in journalistic partnerships, is well positioned to change that.

The Electionland Twitter, which has about 3,600 followers, was tracking reports of lines and problems in North Hollywood and Cincinnati on Sunday and noted that reporters were on the ground in both places.

Politico called the Electionland collaboration unprecedented, especially in an election year marked by explosive headlines and competing exclusives—not to mention a blizzard of both voting rights abuses and Republican-led insinuations of a rigged system. And, at a time when many small news outlets are bootstrapping their coverage after years of cuts, ProPublica editors argue that Electionland can help set the tone for more thoughtful election coverage.

“Most newsrooms in America are asking an important but premature question while polls are open: ‘Who’s winning?’” said Scott Klein, ProPublica’s deputy managing editor and the project’s leader, in the press release. “Electionland is an experiment that asks whether we can help empower newsrooms to cover other vitally important questions that day: How is the election itself going? Who’s voting and who’s being turned away?”

According to the Columbia Journalism Review, ProPublica’s leadership may consider expanding the project to state and local elections in future years, depending on 2016’s outcomes.

As the nation turns its eyes to life in post-election America, here’s hoping we see more positive change emerging.—Anna Berry